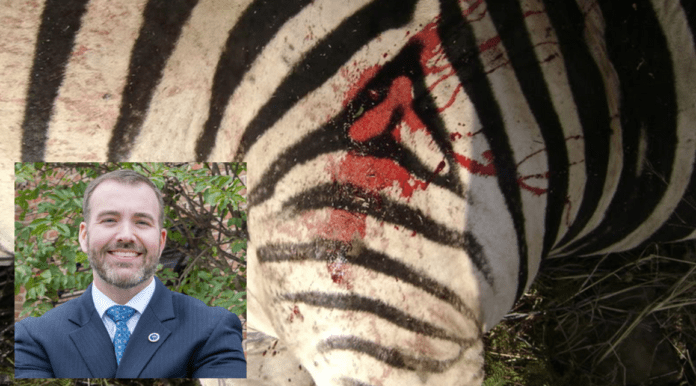 Is Horry – Georgetown S.C. State Senator Stephen Goldfinch going on a political job hunt? After a viral email circulated this week, Goldfinch was named as a potential candidate for three different political offices along the Grand Strand.

On Monday, June 28th, the below email began to be shared in private circles. The email announced the departure of Goldfinch from the Goldfinch-Winslow law firm entirely.

The email states that Goldfinch has only limited cases on his case list. Owner Thomas Winslow also states, in the email, that the practice may change its name.

This email was followed by a campaign donation request letter sent out by Goldfinch. The donation asks for funds supporting his current state senate office. Goldfinch is not up for re-election for 3 more years.

It is rare that candidates send out campaign donation requests 3 years in advance.

We called Senator Goldfinch today. He stated that there was a poll out, which peaked his interest in perhaps running for 15th Circuit Court Solicitor. The primary for that election will be held in June 2022.

We asked Goldfinch, “Wasn’t that poll ran by Walter Whetsell?” “Yes, it was,” said Goldfinch. “But it was not commissioned by him.”

Goldfinch informed us that locals were recruiting him to run for this position. However, responses from numerous calls we made Tuesday, June 30th to local campaign donors conflicted with those statements.

One group of elected politicians in the North Myrtle Beach area made it clear. Should Goldfinch enter this race, they will vigorously work to get Richardson re-elected.

They also stated they did not support Goldfinch holding that office. This group expressed their deep admiration for current office holder Jimmy Richardson.

Richardson has county-wide support and is highly regarded by local residents, as well as, local law enforcement.

Another rumor circulating on the South Strand was that Former GOP SC governor candidate John Warren was recruiting Goldfinch to run as his Lt. Governor this coming June.

Goldfinch said that Warren had not reached out to him personally. He did say that Horry County was a critical demographic for any candidate running for Governor. He said it would be wise for Warren to consider a running mate from this area should he decide to challenge incumbent Henry McMaster.

Goldfinch indicated he was also considering a run for the U.S. 7th Congressional office currently held by Congressman Tom Rice.

Walter Whetsell happens to be the campaign manager for both Tom Rice and Stephen Goldfinch.

We asked Goldfinch who would manage his campaign? Whetsell would have an ethical conflict managing both.

Said Goldfinch, “Whetsell may decide to represent me rather than Rice.”

Goldfinch said he was considering his options and may not make any hard choices until March 2022.

Goldfinch stated he had case files he needed to work until December. He said he would not be leaving the firm until those cases were finished.

He told us that Winslow was buying him out of the practice. He also said that should he run for Solicitor or U.S. 7th, he would not be allowed to legally practice private law and hold either of those offices.

Those “buy out” funds, he said, would help him finance his next candidacy for whatever office he should choose to run.

A LIFE IN HIGH TRANSITION

Whatever direction Senator Goldfinch should choose, he is clearly a man whose life is currently in high transition.

Where he lands only time will tell. Why he is making such dramatic life changes at this time, no one really knows, except Stephen Goldfinch.