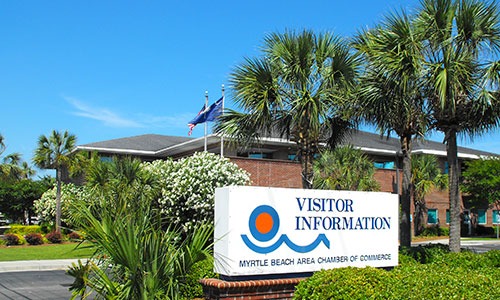 The South Carolina Supreme Court ruled 4 to 1 on Wednesday, July 13th,  that Special Prosecutor,  David Pascoe  had all legal rights to continue his investigation into public corruption at the S.C. State House.  Questions concerning the total number of SC State Senators facing jail time ran throughout social political media most of Wednesday.

This past March,  in an bizarre move,  Attorney General Allan Wilson attempted to obstruct justice by firing Pascoe, just as the special prosecutor was convening a grand jury.  It now turns out that Wilson, himself,  may be a part of the state-wide probe.

Issues of the investigation are sure to affect almost every member of the S.C. General Assembly. At the center of those issues, however, are a famous S.C. father- son team.  Richard Quinn, Sr. and his son, Lexington County Representative, Rick Quinn appear to be at the epicenter of what is sure to send many local elected officials running for cover.

The older Quinn heads the most powerful political marketing concern in the State of S.C. This firm is a favorite of Chamber of Commerce political allies and is used by several political groups in the greater Myrtle Beach area.  Quinn & Associates is headed by veteran South Carolina political consultant Richard Quinn, Sr. (leader of what Fits News calls  “the Quinndom,” the state’s largest “Republican” consulting empire).

Pressure is now on Pascoe to bring indictments in the case.  “I did not ask for this job,” said Pascoe. “I certainly didn’t volunteer to take this investigation over, but once it was passed to me, I was given and I have an obligation to do the best job possible into looking into this matter and that’s exactly what Chief Keel and I are trying to do.”

The State Law Enforcement Division and the FBI will be working with Pascoe in this next critical phase of the investigation.

In May,  Governor Nikki Haley vetoed the extension of a Tourist Tax stating she felt that Myrtle Beach voters should have the right to vote the tax in or out. On June 1, 2016,   the S.C. House overrode the veto by a vote of 80-16 and the S.C. Senate by 40-5.  The overwhelming General Assembly override of a bill that Myrtle Beach Mayor John Rhodes said would be “a gamble” to put before the voters shows the corrupt hold our Chamber of Commerce has on this State House.   It also shows the powerful interests prosecutor David Pascoe will face as he begins to un-layer the stronghold that is this state’s current unethical culture.

Most locals we spoke with said this is perhaps the most hopeful day the Myrtle Beach area has experienced in a decade.

It is still yet unclear  the total number of SC State Senators Facing Jail Time.  What was made clear today was that Attorney General Alan Wilson’s political career had come to an abrupt end.   Most locals expect his resignation soon.

EDITOR’S NOTE:  In Response to City of North Myrtle Beach Employee Patrick Dowling:   We have previously used and cited the link you requested.  We provide a link here: S.C. NAMED ONE OF MOST POLITICALLY CORRUPT STATES

As to Horry County:  Our County now has a history of more open high profile investigations into local corruption than any other county in the State of S.C.  From as far back as Doris Holt (Southern Holdings), to the still current FBI/IRS investigation of the Myrtle Beach Area Chamber, to two open SLED Investigations of Horry County Police,  and now the latest FAA issues that surround Horry County Council and Skydive Myrtle Beach.