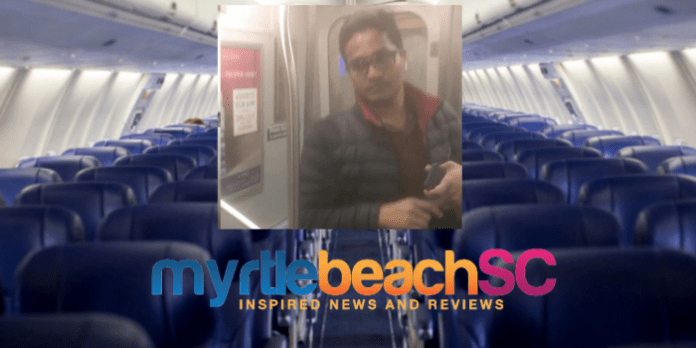 Chief U.S. District Judge Martin Reidinger ordered 29-year-old Siva K. Durbesula, originally from India, to spend two years behind bars and then complete 10 years of supervised release and pay a $5,000 assessment for raping a passenger on a flight from Chicago’s O’hare to Myrtle Beach on June 23, 2019.

Durbesula sexually assaulted a 22-year-old woman seated next to him, according to court documents, witness testimony and evidence presented at a trial Federal trial held in the Western District of North Carolina.

The victim testified during the trial that Durbesula pulled her toward him and groped her repeatedly midflight, the Justice Department said. Court records show that after the flight crew moved Durbesula away from the victim, he asked to return to his previous seat so he could speak to the victim again.

Durbesula was convicted by a jury of abusive sexual contact aboard an airplane.

During the trial, a second witness had testified that Durbesula on March 21, 2019, pinned her into the corner on a New York City subway train and groped her. The victim in the subway incident recorded Durbesula exiting the train, which helped police identify him.

On Thursday, the federal judge in North Carolina handed Durbesula the statutory maximum prison term for the offense. Reidinger noted that the defendant’s repeated sexual misconduct over a short period of time required the maximum statutory punishment to promote respect for the law.