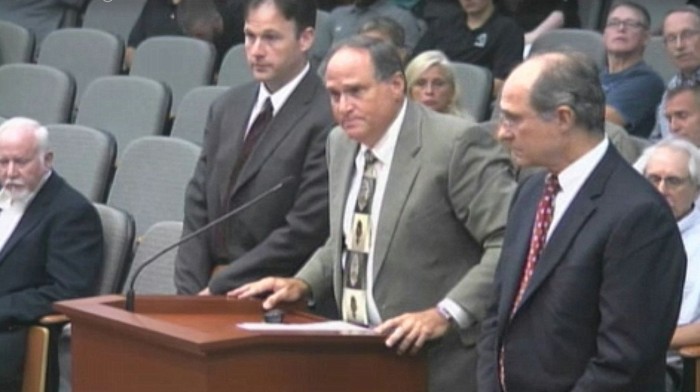 A status conference has been set for next month in federal tort claims lawsuits brought individually by the 11 co-owners of Skydive Myrtle Beach against Horry County, Horry County Department of Airports (HCDA), the Federal Aviation Administration (FAA), Robinson Aviation, the operator of the control tower at Grand Strand Airport, and a host of individuals including all members of Horry County Council.

The status conferences are scheduled for May 17, 2018 at the federal court house in Florence, SC.

Each of the respective 11 lawsuits claim conspiracy among the defendants to deprive the respective owners of his Constitutional rights with respect to 14thAmendment protections, for interference with the business, Skydive Myrtle Beach (SDMB), and contractual ties between SDMB and HCDA in order to illegally shutdown SDMB.

The Magistrate Judge previously ordered discovery in the lawsuits to go forward last fall. The status conferences could be where the rubber meets the road, so to speak, with regard to 112 safety violations allegedly committed by SDMB, which were used as the basis by HCDA to close SDMB down.

It began operating its business in Horry County in 2012 after signing an eight year lease with Ramp 66, the county’s general aviation operator of Grand Strand Airport at that time.

After Horry County government bought out Ramp 66 in 2013, it appears that concentrated efforts were made by HCDA to close down the operations of Skydive Myrtle Beach.

In early 2014, shortly after Skydive Myrtle Beach reported to the FAA of discriminatory actions against it by the Horry County Department of Airports, the HCDA began circulating stories about alleged safety violations committed by Skydive Myrtle Beach while it was operating out of Grand Strand Airport.

The alleged safety violations were recorded on a form generated by the HCDA, called an “Unusual Incident Report”, after SDMB filed the discrimination claim with the FAA. They are one page reports signed either by HCDA staff members or Robinson Aviation personnel. In one case, five alleged violations were reported by letter to the FAA from former HCDA Director Pat Apone.

On at least three occasions since the Director’s Determination was published, the FAA has admitted in email correspondence regarding Freedom of Information Act requests that it has no documentation with respect to investigations, fines or other information on the alleged 112 violations.

Likewise, Horry County Attorney Arrigo Carotti wrote in an email response to FOIA requests seeking information on the 112 alleged violations that, “These records are provided in an abundance of caution, in that each may or may not demonstrate violation by Skydive Myrtle Beach of Horry County Department of Airports Minimum Standards, as that assessment has not been undertaken.”

No record of any action, other than the filling out of these forms, by either the FAA or HCDA was taken. It appears they were created to establish a paper record of alleged safety violations with no backup investigations to support the claims.

There is little doubt that documented proof of the 112 alleged safety violations will play a major part in the status conference discussions next month. To date, both Horry County and the FAA have stated such documentation does not exist.

If not, why was the Skydive Myrtle Beach business shut down?

It’s time for the answer to that question to be demanded by a judge.