Republican candidate for S.C. Governor, Catherine Templeton, and the mainstream media are now officially at odds with one another. 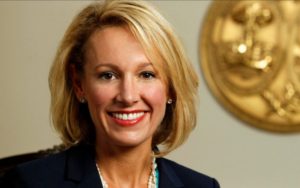 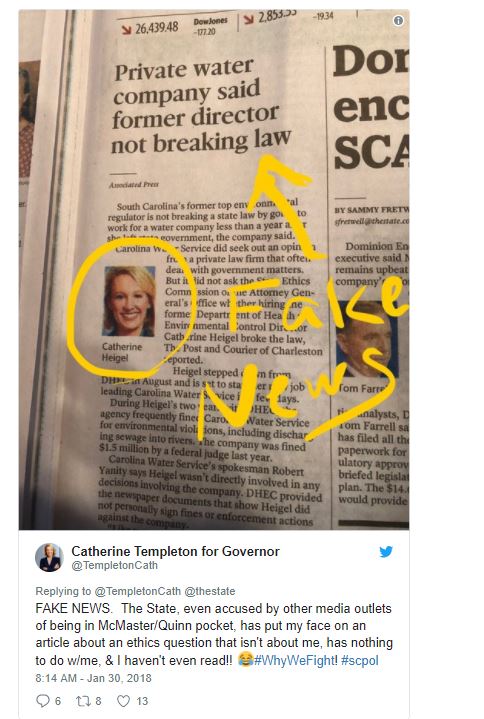 On Friday night, Meg Kinnard, of the Associated Press, published an article which ran in U.S. News and World Report, as well as, the McClathcy owned Myrtle Beach Sun News  headlined:

A response from Templeton was published in the report.

On Friday night, Templeton — a labor lawyer who served as South Carolina’s former labor and public health chief — refused to apologize for her family’s past, telling The Associated Press on Friday night that any efforts to portray her as a slavery sympathizer are “disingenuous, dishonest and disgusting.”

“The past cannot be changed, but we can learn from it,” Templeton told AP. “In speaking to students, I simply acknowledged my family’s story, warts and all.”

McClatchy owns over 29 newspapers nationwide, including 8 in the Carolinas.  Well-known local papers include The Charlotte Observer, The State, The Sun News, and the Raleigh (NC) News and Observer.  The Kansas City Star and the Sacramento Bee are two nationally known McClatchy brands.

With The Primary 4 Months Away, Kevin Bryant Calls For Voters To Register By Party Affiliation