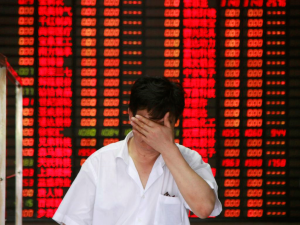 Just over 5 years ago,  Mayor John Rhodes and Myrtle Beach Chamber of Commerce President Brad Dean,  made the first of what would become 5 different trips to China in a successful effort to lure Chinese investors into the Myrtle Beach market.

With an aging customer base,  twelve golf courses owned by Burroughs and Chapin and The Myrtle Beach National Group were hemorrhaging money.  The future for golf tourism looked even bleaker as younger consumers were choosing virtual, online games over actually playing a four hour round of golf.

This past May 2015, a group connected to Chinese based Yiqian Funding purchased twelve of the golf courses owned by that group.   As we have previously reported,  however,  this purchase was just the first part of a new plan coordinated between the City of Myrtle Beach,  the former golf course owners, and these Chinese investors to re-develop the entire Ocean Boulevard area with funding provided by Yiqian Funding.

AND THEN YESTERDAY HAPPENED!   In case you missed it,  the New York Stock exchange fell 390 points based on a collapse of the entire Chinese stock market.  Several times during the two day collapse, the Chinese government stopped trading altogether in an attempt to stave off the collapse. 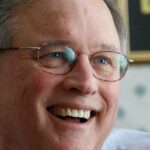 MyrtleBeachSC.com and many locals are concerned about the volatility that will certainly come from putting all of Myrtle Beach’s “eggs” (so to speak) into one large Chinese basket.   City Manager John Pedersen has already met with local merchants last month to discuss a new mid tax  the city wants to collect for businesses in the re-developing downtown area.

Just this week,  Derek Mozino,  City Planning Board Member,  suggested merchants in the Super Block District of the downtown area should also work with Downtown Re-development Executive David Sebock and come under the umbrella of the  re-development zone as well.

We are not sure if yesterday’s collapse of the Chinese market will cause Chinese investors, like Yiqian Funding, to pour more money into America, to keep funds in check and closer to China,  or to continue on the current path the group was already on with the City of Myrtle Beach.

The volatility these international relationships bring to the table are evident.  Unless yesterday’s crash has completely unhinged 5 years of negotiations,  the Myrtle Beach downtown area will soon have a very different look and feel with a bevvy of  new international financial concerns that also tag along.