The Sad Legacy Behind Why 2% Voted For Mark McBride 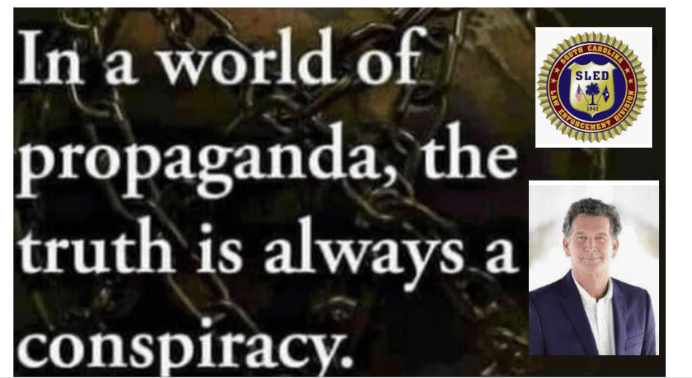 Mark Struthers McBride was born in the mid 1960’s. While he was still a young boy, his father moved the family to Myrtle Beach, S.C.

He attended an elite, local preparatory private school located in Myrtle Beach called Coastal Academy. The school was a favorite among the Myrtle Beach (privileged) establishment until the late 1980’s. Mark excelled at Basketball during his time in high school.

After High School, Mark attended the University of South Carolina where he majored in Hotel, Restaurant & Tourism Administration.

Before he was elected Myrtle Beach Mayor, Mark’s mother passed. Mark’s father soon remarried. Locals report a stormy relationship between McBride and his stepmother that lasted until the time of her death.

Mark’s foray into Myrtle Beach Mayoral politics was high drama, as the author of the Banana Republic writes: As the November election neared, candidates for mayor and city council began to preen and identify their issues. While others addressed such pressing but decidedly unsexy matters as stormwater control, downtown redevelopment, and protecting residential areas from commercial encroachment, McBride went straight for the red meat issues of morality and law and order. “Public safety issues are some of the things we need to look at differently,” he said in an August 1997 interview with The Sun News. It was a strange turn for a candidate who had built his early career on the rhetoric of controlled growth.
On the September 20 filing date, McBride joined Councilman Harry Charles in challenging twelve-year incumbent Mayor Robert Grissom. He continued to sound the family values theme and said he would use the mayor’s bully pulpit to bring the public discussion back to the issues people cared about: “Fifteen years ago in Myrtle Beach, we didn’t have the proliferation of adult entertainment, we didn’t have video gambling, we didn’t have Sunday liquor sales….The reality is, we are a conservative part of the country. We’re losing everything we stood for. I think residents are asking us to do something.”
The mayoral campaign turned nasty when McBride distributed leaflets that distorted Charles’ voting record. Charles responded at a candidates’ forum, saying McBride was “stupid and ignorant. If Mark McBride possesses an ounce of decency, he would get up and tell you this is a distortion of the fact.”
In that form, McBride reiterated an earlier pledge to to ask for the National Guard to control the [African American] Memorial Day Bike Festival. Grissom and Charles said the Guard should not be used for civil law enforcement.
Standing side by side, the three candidates made a startling contrast. Harry Charles, at 75, trim with a thick shock of white hair, was a retired Air Force colonel who had flown bombing missions over Germany. He had been adjutant attorney and had practiced as a civilian attorney after his retirement from the Air Force. He had served eight years on city council. Bob Grissom was a 76-year-old World War II veteran, ready-mix concrete executive, twelve-year mayor, twelve-year county treasurer, wheeler-dealer and lifelong politician. McBride stood nearly a head taller than both men, who were old enough to be his grandfathers. He had a degree in hotel and restaurant management from the University of South Carolina, one term on city council and a record of failed business ventures.
But what McBride lacked in experience, he made up for in visual and emotional appeal. He did not hesitate to use his wife, Laura, and their children, Struthers, 7, and Millson, 5, as props. At the time of the election, McBride worked in his wife’s telecommunications business.
On Election Day, November 4, 1997, incumbent Bob Grissom received 1,806 votes to McBride’s 1,452; Harry Charles was eliminated with 1,082 votes. A runoff was scheduled for November 18.
The incumbent and young challenger had a televised debate, as Charles threw his support to Grissom. The campaign grew ugly, but McBride’s tactics drew the most criticism. An ad appeared in The Sun News, listing prominent McBride supporters. Yet three of the people on the list quickly spoke up to say they had not given permission for their names to be used. “Your name’s all you’ve got,” said one local artist who found her name used in vain. “If you don’t want your name used, it should be honored.”
Then, on the day before the runoff, another political appeared in The Sun News. Placed by a mysterious Committee for Equal Access to Local Government, the full-page ad featured a cartoon figure of Bob Grissom being manipulated by puppet master [Burroughs & Chapin CEO] Doug Wendel. The text of the ad charged that, under Grissom, the city had raised taxes five mills to pay for B&C’s Broadway at the Beach development. The ad also overstated the amount of money from a tax rebate that went to Broadway at the Beach projects and the amount of hospitality tax revenues that went to B&C projects. There was no time for the Grissom campaign to respond.
“That’s the kind of thing that could easily sway 100 votes,” Coastal Carolina University political scientist Jack Riley told The Sun News a week later. One hundred votes would have been enough. The day after the ad ran, Myrtle Beach voters went to the polls again and this time they elected Mark Struthers McBride by forty-two votes — 2,228 to 2,186. After hearing the results announced at the Law Enforcement Center, where the votes were counted, McBride blinked back tears. “This is for my mother, who passed away last May,” he said.
In the days following the runoff, The Sun News did something it should have done earlier; it checked out the source of the mysterious political ad. Reporters had no trouble tracking it down to Marion Foxworth, McBride’s campaign manager, and Harold Worley, the North Myrtle Beach hotelier and former state legislator. The Committee for Equal Access to Local Government was formed on November 14, the day it paid $1,100 in cash to place the ad. However, the committee did not file its state-required organization papers until November 19 — the day after the runoff election. A committee member who helped pay for the ad delivered a package containing the text and the cartoon to The Sun News. She later told reporters she did not know the contents of the package. McBride maintained he had seen the cartoon, but had not authorized it to be used in any political advertising.
Mike Todd, the artist who drew the cartoon, later challenged McBride’s claim of innocence. “I was hired by McBride,” Todd told The Sun News. “It is not true that he had nothing to do with [the cartoon].” Furthermore, Todd said, McBride’s wife had personally delivered photographs to his house to be used in creating the cartoon. Laura McBride vehemently denied delivering materials to Todd.

Starting in 2005, McBride suffered one humiliating election defeat followed by another. The voters were no longer buying McBride’s over the top showmanship one campaign after yet another high drama campaign.

Mark approached me in July 2021 as he considered his run for U.S. Congress. I informed him I had already endorsed and pledged my support to Ken Richardson. I have admired Richardson for decades and still believe he has the skills needed to help District 7 best.

McBride insisted I reconsider. I kindly said no.

This was followed by a series of ongoing harassing phone calls insisting I was “making a mistake.”

On February 15, 2022, I was asked by American Conservative Voices to be the keynote speaker at their forum. After speaking, I was accosted by McBride in front of 45 conservatives about my support for Ken Richardson. Later, McBride would rewrite the record of that night, claiming I told the group, “I was hoping to get money from Ken Richardson.” That statement, posted on Facebook by McBride was a lie. I never said those words nor anything close to those words.

On February 28, 2022, I asked Mark to attend a lunch to politely explain my position after his harassing calls and public attack. When Mark did not show, I decided to inform him by text to stop contacting me until after the election ended.

The following is a text thread that SLED was able to pull directly from Mark McBride’s cell phone during their investigation. These texts were sent 3 hours before I supposedly called him.

On March 5th, McBride put up a post claiming I “called” him on February 28th at 3 p.m. offering him a bribe.

AFTER A 3 MONTH INVESTIGATION OF ALL ABOVE, SLED EXONERATES MYRTLEBEACHSC JOURNALIST DAVID HUCKS

After I was exonerated by a 3 month long, exhaustive SLED investigation, McBride then claimed, in yet anther Facebook Live on June 13th, that I somehow had undue influence over SLED, SLED’s INVESTIGATORS, the S.C. Attorney General, and even the Governor.

For the record, I personally do not know any of these people. I was never contacted by SLED and do not even know which SLED agent actually investigated McBride’s complaint.

One truncated voice recording was then released by McBride in a last ditch effort at saving his nefarious hide in the court of public opinion.

In a livestream, released with that audio on June 13th, McBride claims I also bribed Jeanette Spurlock, a candidate who was running for Conway Seat Horry County Council. Spurlock was quick to inform McBride on his livestream thread that his comments were untrue (lies).

McBride – Trapped in yet another lie

Because listeners can hear the phone first ring with me answering the incoming call, McBride’s latest claim, (after SLED ruled against him), is that he was actually calling me (returning my call). I did call McBride at lunch to re-iterate my text of no more contact until after the election ended. McBride is re-writing the narrative yet once again. On March 5th, he initially claimed I called him.

McBride knew in early February, when he fired his Campaign Manager, Noel Fritsch, that he was languishing at the very bottom of the polls in yet another failed campaign run.

His shameless act is consistent with his legacy of shameless, ongoing acts. It is now a legacy he must live with.

It is certainly no wonder why only 2% of those voting chose to vote for Mark McBride this past Tuesday.