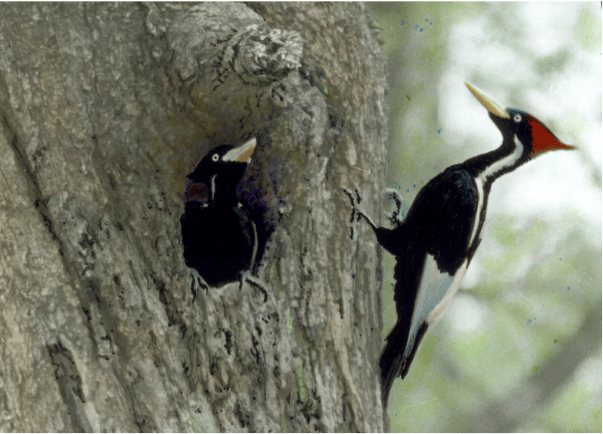 The U.S. Fish and Wildlife Service is announcing a 6-month extension to finalize its proposal to delist the ivory-billed woodpecker due to extinction. The Service is also reopening the public comment period on the proposed rule for 30 days.

On September 30, 2021, the Service published a proposed rule to remove 23 species from the federal list of endangered and threatened wildlife and plants due to extinction. This proposal included the charismatic ivory-billed woodpecker and was based on the best science available at the time. The Service held a requested public hearing on January 26, 2022, on the proposal to delist the ivory-billed woodpecker. The Service carefully considered information submitted during the public hearing, the 60-day public comment period associated with the proposed rule and the 30-day public comment period associated with the public hearing.

Recognizing substantial disagreement among experts regarding the status of the species, the Service is extending the deadline to allow for additional time to review information.

The Service is seeking new information during the 30-day reopening, including clear video or photographic evidence of the presence of the ivory-billed woodpecker that can be repeatedly interpreted the same way by independent observers, such as definitive photographic evidence collected by a field observer. Comments provided during the initial proposal and the previous reopening do not need to be resubmitted.

The reopening of the 30-day public comment period on the proposed rule that published September 30, 2021, will publish in the Federal Register on July 7, 2022. The Service will accept comments received or postmarked on or before August 8, 2022. Information on how to submit comments is available at www.regulations.gov by searching under docket number FWS‒R4‒ES‒2020‒0109.