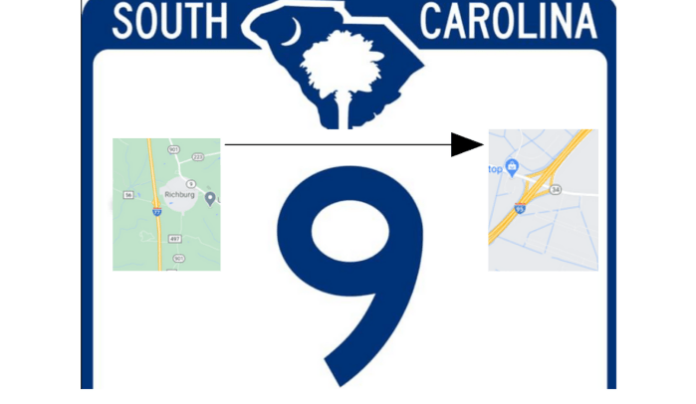 Bailey met with elected officials in the Pee Dee to discuss the completion of four laning Highway 9 to Interstate 95. The idea was met with universal support from those areas.

Now upstate city councils, county councils and state elected officials support four laning the road from I-77 near Charlotte all the way to where it currently ceases to be four laned near Nichols, S.C.

This means traffic can leave Charlotte, N.C. (The Grand Strand’s #1 Destination City) drive down I-77 South to a four laned Highway 9 all the way to the coast. Northerners can exit I-95 at Dillon, S.C. and drive four lanes to the coast.

Where S.C. 9 meets Highway 31, tourists can then travel four lanes to Myrtle Beach, Surfside Beach, and Murrells Inlet. In short, this is a major accomplishment.

While hard numbers from SCDOT have not been nailed down to date, projected costs for the entire paving from near the mountains to the coast comes in at less than $500 million.

As upstate news reporter Robert Monnie writes: Widen Highway 9 to four lanes?… that was the recommendation of a group of concerned stakeholders during a February 22 meeting. The upgrade would affect S.C. 9 from the inter-section of S.C. 9 and S.C. 265 just west of Chesterfield and S.C. 151 in Pageland, S.C.

The entire group of stakeholders involved in the project include: SCDOT personnel, Pee Dee Council of Governments Personnel, state legislators, and the private sector.

A two laned highway 9 already exists from Interstate 77 to Interstate 95 to the coast. The road is four laned in several areas, including from North Myrtle Beach west to just before Nichols, S.C.

Work In Health? Make Sure You Take Care Of Your Own