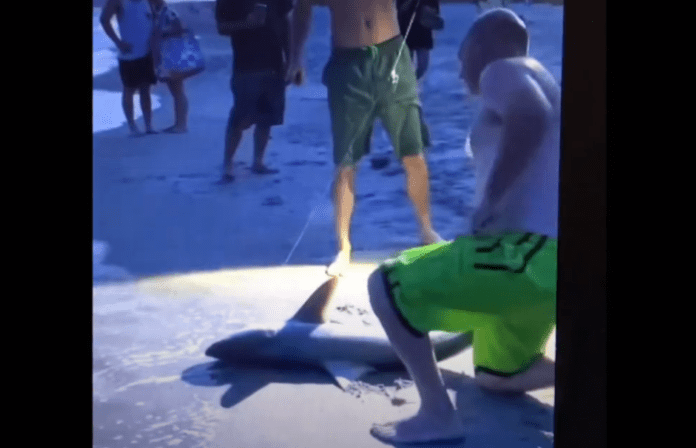 A video uploaded by Judy Draughon to a North Myrtle Beach Facebook group shows a man catching a shark off the beach just at sunset.

Shark fishing on the beach is not as common, but many fish for shark just off the piers located along the Grand Strand.

While the video caused a stir on social media, the ocean is their home. Shark often feed just offshore at sunset.

The video shows the man putting the shark back into the water in a common catch and release manner.