Locals have informed us they believe that the hundreds of thousands currently being spent by the Myrtle Beach Area Chamber of Commerce to find a marketable consumer message could actually be better spent towards fixing the 14 drainage problem areas in the city of Myrtle Beach.

In what amounted to multiple meltdowns state-wide yesterday,  ethics issues hounded government officials from the coast to the State House.

In a meandering and bizarre rant,  S.C. Attorney General Al Wilson went on camera statewide to announce that he had fired Special Prosecutor David Pascoe just as that prosecutor was convening a grand jury for the indictment of multiple elected state representatives embroiled in a statewide corruption investigation.  This is the same investigation that resulted from last year’s 9 count arrest of S.C. Speaker of the House Bobby Harrell.   Government watchdog groups and former prosecutors in the state looked on in dismay and somewhat disbelief in the change of tone and sudden action which has left some questioning if the Attorney General is obstructing justice in this matter with others questioning the standing of his authority in light of the circumstances.

It was just last year that Wilson had to recuse himself in this legal matter for reasons that have never seen the light of day nor has Wilson ever explained even after yesterday’s move.  Last year,  when Wilson appointed Pascoe, a well regarded prosecutor to oversee the investigation, Pascoe was heralded for his work in Harrell’s arrest and plea.   Part of Harrell’s plea required him, while under polygraph,  to provide names of other Senators and Congressman who were also involved in the same unethical acts Harrell was indicted for.   However,  just as Prosecutor Pascoe began to convene a jury and put those elected politicians on trial,  Wilson fired Pascoe and attempted to hire fifth circuit solicitor Dan Johnson to manage the State House probe.  Johnson declined the offer as it was unclear to him if Wilson had the legal authority to make such a call after previously recusing himself and appointing Pascoe.

Sentiment statewide indicates that, for all intents and purposes,  Al Wilson’s future career options as a politician are questionable.  Though recent actions have only added to uncertainty of what happens next, what is absolutely clear from the press release on Wednesday (as above) is Wilson’s personal contempt towards Pascoe.  Speculation buzzed throughout traditional and social media all afternoon as to whether many of Wilson’s elected friends and contemporaries were facing prosecution.

Meanwhile the very group whose members are among the principle campaign contributors to  these same  S.C. politicians [under suspicion] had a media meltdown of their own.  Working through a Myrtle Beach Chamber of Commerce member news outlet,  The Myrtle Beach Area Chamber posted last night an article stating that it intended to spend large sums of tax payer funds to locally and nationally broadcast ads informing tourists that  the previous reports they had seen on the S.C. DHEC site were incorrect.   In that article, Chamber President Brad Dean said. “The local tourism industry was attacked with this steady campaign of rumor and innuendo.”

While Dean never spelled out what the exact rumor and innuendo amounted to,  MyrtleBeachSC.com can report that we have reviewed all of the 6 major news outlets that covered this story [as we have] and each simply pointed to the DHEC State Government websites and maps as they existed at that time.   As we have noted, our team even constantly updated our readers as the DHEC website went through major ongoing changes earlier this month.  Dean added:  “This misinformation has spread far and wide, and has the potential to negatively affect business and stifle job creation.”

The only misinformation we have been able to find was provided by Dean’s Myrtle Beach Area Chamber team as can be heard and seen here.

What is confusing to our readers at this point is what exactly is the Chamber trying to say?    They seem to highlight and stress the recent water testing done on March 18th as our last story reported.  In their attempts, however, to assure everyone the water is fine, they don’t deny that nothing has changed on the DHEC map regarding the 14 areas which have been under a long term advisory since 2007.

Since testing was done by DHEC on March 18th,  nothing has changed as to the Ocean Water Quality in Myrtle Beach.   All at risk areas tested safe during that battery of tests as we reported.  The Long Term Advisory was also left in place for those 14 troubled areas as each has the potential to quickly become infected with elevated bacteria levels,  especially after a rain.
Aggregately the 14 areas amount to 1 mile of at risk areas in a 10 mile stretch of  city beach inside the city limits of Myrtle Beach.  The cities of North Myrtle Beach, Garden City Beach, Litchfield Beach, and Pawleys Island beach get the highest ocean water quality ratings from DHEC ongoing.

As we have also consistently reported ongoing,  a Long Term Advisory does not close the beach.  All beaches in Myrtle Beach are open.   Swimming is not advised within 400 feet of areas where drainage runs from land down into the Ocean.   Once again,  there are currently 14 of these such areas inside the city.

*Health Department Advisory to those who swim in waters with elevated bacteria levels:  The most common recreational water illnesses are gastrointestinal and may cause vomiting, diarrhea, nausea, abdominal pain or fever. These illnesses result from swallowing water contaminated by disease-causing organisms. Contact with contaminated water can also cause upper respiratory (ear, nose and throat), and wound infections. Young children, the elderly, and those with a weakened immune system are particularly vulnerable to recreational water illnesses.

Here is a link to DHEC that the Myrtle Beach Area Chamber is now asking all of its members to post on their website.

Locals have informed us they believe that the hundreds of thousands currently being spent by the Myrtle Beach Area Chamber of Commerce to find a marketable consumer message could actually be better spent towards fixing the 14 drainage problem areas that were the highlight of the investigative report by MyrtleBeachSC.com   These areas remain on the DHEC site map as the 14 areas listed under a long term advisory.   As MyrtleBeachSC.com has reported, the long term solution is as easy as implementing a system to treat and filter the storm water run off.

Two observations from yesterday’s events became obvious.
1. Neither State Government nor the City of Myrtle Beach Government like to be held accountable to the public at large.

2.  When confronted with the truth,  politicians like Attorney General Alan Wilson and Chamber President Brad Dean prefer to point fingers and demean others who are working towards truth, social responsibility and reality.

Who among us does not wish to have their children swim in the safest water possible?   Why would the Chamber of Commerce not confront the City of Myrtle Beach about treating and filtering these areas?

Who among us does not wish to root out corruption and corrupt politicians in government?

As to our team,   the following 3 unknown people below went well beyond personal attacks and into the realm of slander online.  While no one on our team has ever done any  business with any of these and we do not personally know any of these,  we are currently investigating what would have caused them to slander our lead  investigative journalist online.  He informs us he does not know any of these people personally and has never done business with any of the below.   Should you have any information on the 3 below,  we ask that you please message us at FACEBOOK.com/SCMYRTLEBEACH 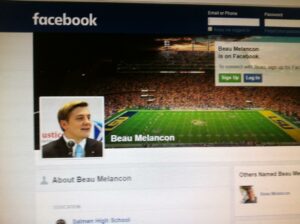 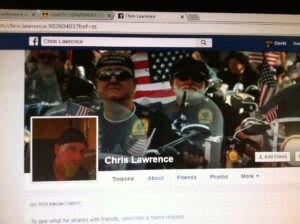 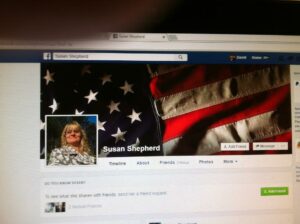 We appreciate any help from our readers in this matter.