Wayne Gray Sounds Off On Burroughs And Chapin 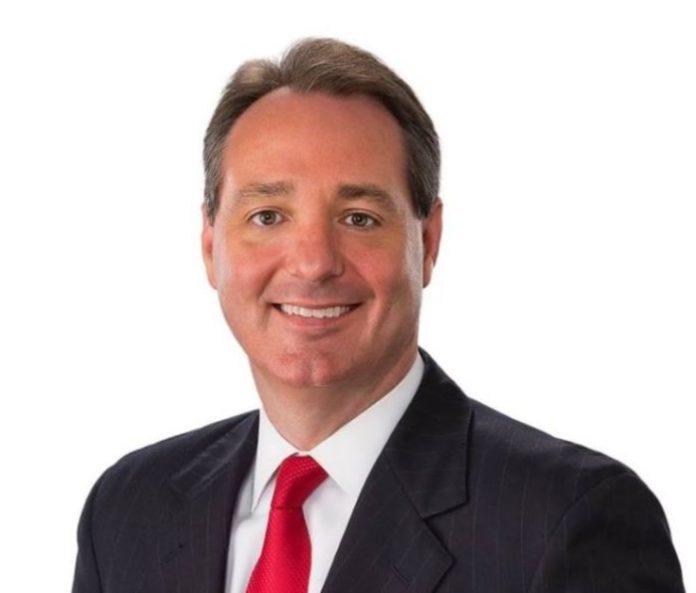 Gray’s family history in Myrtle Beach extends back on his father’s side to Philip Gray, who founded Grayco and Genco in the 1950s.

Locals and local leaders are curious as to why Gray would speak out now, with comments that target Burroughs and Chapin.  Some leaders have hoped the Wayne Gray era in Myrtle Beach politics were now a part of our historic past.  Perhaps this is not to be the case.

We post his entire statement here for our readers.

FOR MEANINGFUL DOWNTOWN REDEVELOPMENT,
THE PAVILION SITE MUST BE THE ANCHOR

I have been involved with downtown redevelopment in the City of Myrtle Beach for twenty years. As a matter of history, the Pavilion Area Master Plan (PAMP), adopted by the City in 1998, was the guiding document that birthed redevelopment district boundaries, and subsequent actions by the Downtown Redevelopment Corporation and City leaders. The PAMP identified 5 districts in need of action between 16th Avenue North and 6th Avenue South, and from Broadway and Oak streets to the Atlantic Ocean.

To date, there have been many accomplishments, mostly in the North Entertainment District. These include the Boardwalk, SkyWheel, Plyler Park and related private development. However, we all are acutely aware of the continuing difficulties that exist principally in the 75-acres bordered by 9th Avenue North, the Atlantic Ocean, Kings Highway and 3rd Avenue South, referred to in the PAMP as the Central Amusement District and the South Mixed-Use Area. In addition, the retail centers along Main Street (The Superblock), Broadway Street and their intersections with US Highway 501, known as the Entry District, have defied new growth as planned.

In comparing successful new developments throughout Myrtle Beach over the last 20 years — beginning with Broadway At The Beach and the Grissom Parkway corridor, Coastal Grande Mall and outparcels, Market Common, Grande Dunes, and continuing redevelopment of ocean-front resorts, the question that needs to be asked is: Why haven’t the Central Amusement, South Mixed Use and Entry districts of our downtown experienced the same new development and growth? There are many reasons: closure of the Pavilion, the Great Recession, changing retail demand, multiple absentee property owners, political will, insufficient public infrastructure, small lots, lack of public safety resources, and the list can go on.

One of the precepts of successful downtown redevelopment is that you start at the center with a major anchor project, and then build outward over time. We have, by necessity, started at the north end and worked toward the other, only to find ourselves blocked by the middle from reaching the south end. Why are we stuck in the middle? Because there is no vision or plan for what should be the central anchor, which is the largest single property in the redevelopment area – a property so essential to the solution that it was the genesis of our redevelopment movement 20 years ago, hence the name Pavilion Area Master Plan.

Of course, I am referring to the former Pavilion Amusement Park site, which is owned by Burroughs & Chapin. The ultimate question is: What should be the use of the Pavilion site? It’s a tough question for all involved, which is why it has remained unanswered for 20 years. As the anchor, it demands a vision, plan, partnership, funding and commitment to a new purpose. Until that happens, all new and existing redevelopment just nibble at the edges of meaningful downtown redevelopment. The ongoing uncertainty of the Pavilion site also impedes new development in the South Mixed-Use Area, whose vacancy and inactivity reminds us of the emptiness of downtown. This is no criticism of the Pavilion site owner, the City, anything or anyone. It is just a reality of the situation and its importance to the progress of Myrtle Beach’s future.

In answering the question, in my opinion, we have to first acknowledge that we have enough of the traditional sort of retail, commercial and resort development for now and recognize that our residents and tourists desire a new downtown experience. Hold this thought!

As we know, the history of Myrtle Beach and Burroughs & Chapin are inextricably linked. From the beginning, the Company has been a gracious donor of land and resources that created financial security for many and a life-time of memories for generations. The City’s growth has always been based largely on its valuable partnership with Burroughs & Chapin Company and its family shareholders.

But now, a review of its web-site indicates that the Company has a new corporate vision and purpose. Burroughs & Chapin has become a Private Real Estate Investment Trust. Its strategic plan embraces ownership and management of best-in-class experiential retail properties throughout the Southeast. Recent investment purchases have occurred in other markets and states and the Company is investing heavily in updating their existing local retail properties, such as Broadway at the Beach and Barefoot Landing. And so it’s only natural that the Pavilion site remains undeveloped.

Given Burroughs & Chapin new corporate strategy and the need for a new experience downtown, imagine if you will, the Pavilion site as a Grand Park in the heart of Myrtle Beach. What greater legacy could the Board of Trustees leave in the interest of the founders of Burroughs & Chapin than partnering with the City to create a world-class public park filled with active and passive programs, events and activities that attract families and individuals of all ages and backgrounds thus becoming the anchor that dramatically changes our downtown, and which overflows with opportunity for surrounding redevelopment. Such a park, along with the realigning of the Highway 501 / Main Street corridor and the repurposing of portions of the Superblock, would transform our unique downtown and greatly improve the quality of our resort community.

Meaningful central downtown redevelopment can only happen through partnership between the City and Burroughs & Chapin. It will be costly and challenging and the value of the Pavilion site to the Company must be recognized. However I am reminded by Mayor Brenda Bethune speaking at a recent DRC district forum that “we cannot afford to not do it.”

Let’s all resolve to accept this challenge for Myrtle Beach’s future.