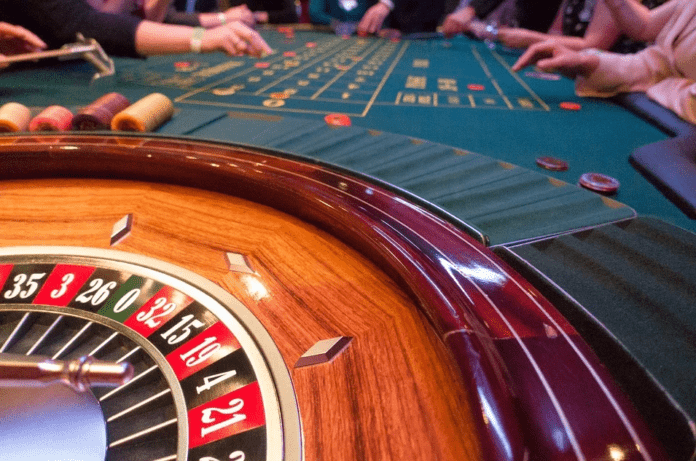 Many states across the country are either introducing new gaming laws or considering doing so.

There are six that have already approved online poker and many more with legalized sportsbooks. South Carolina is not one of those states, but with a renewed interest in the changing legislation, there’s a chance it could be back on the table at some point soon.

The states that have legalized gaming and casinos are certainly doing well. New Jersey, for instance, posted monthly online casinos revenue records for July 2021, touching $118m. That fed into a record month for casinos in the area, too; $450m according to IGBNorthAmerica.com. That’s an awful lot of money heading to the state in terms of tax dollars, and it is a pattern being repeated across the country.

It seems unlikely that we’ll follow suit and fully legalize gaming of any sort here in South Carolina. Currently, only riverboat casinos such as The Big “M” Casino Ship offer opportunities for poker and gaming, with no online providers here at all. However, big events such as the illustrious World Series of Poker help reinforce positive images of gaming and key figures.  Poker.org reports that tens of thousands of players are attracted to Vegas for the event, which puts it firmly in the news across the country. That exposure adds validity to the gaming market that perhaps wasn’t evident back in 1999 when video gaming and the like was banned in South Carolina.

That said, former South Carolina Superintendent of Education Jim Rex believes there is scope for relaxing the rules here. In a 2019 interview with MyrtleBeachOnline.com, he said: “We’re not going to see any big tax increases soon, so where can we find alternative revenue sources?” He points to the South Carolina Education Lottery as an example of what good tax dollars from forms of gaming can do. “It has supplanted education funding,” he added.

What would gaming in South Carolina look like? The obvious outcome would be physical casinos on land, which could seriously damage the riverboat industry. There is growing support from across the state for a casino in Myrtle Beach, for instance. “I think that the amount of support for luxury casinos is already there,” said South Carolina House Minority Leader, Todd Rutherford. “Casinos is simply the best way to raise that new revenue.”

A physical location would give scope for electronic gaming machines, the like of which were legal here until 1999, and legal poker rooms and possibly sportsbooks. Casinos are popular in many states and are no longer the dens of iniquity many felt they were years ago.

The state may choose not to go down the casino route but instead allow legalized online providers to set up here. That is a growing trend across the country, with positive outcomes in terms of tax dollars, but South Carolina does feel a little behind in the queue. In 2018, a bill was filed in the South Carolina House and Senate that would loosen regulations, but presently they are stuck in committee and have been for two legislative cycles.

Until the national attitudes to such legislation take a serious swing, it is likely the only place you will be able to play a hand of poker or blackjack is on one of the casino riverboats.