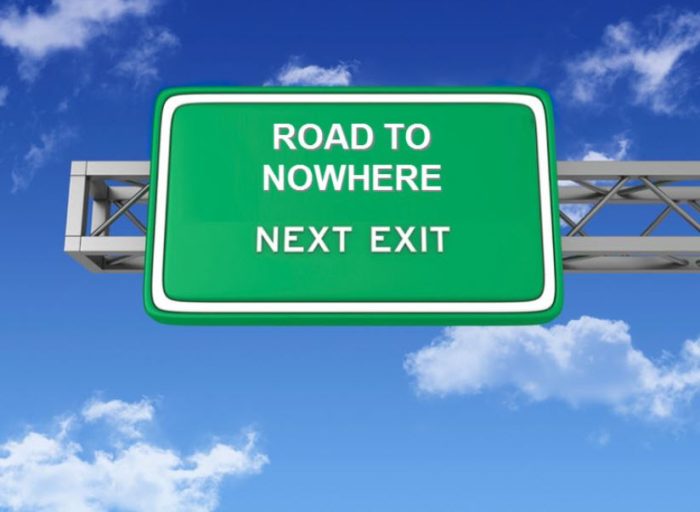 “While the road does not have funding to connect with I-73, the road will be a mecca for real estate developers who want to build housing projects in Western and rural Horry County.“

At a workshop this past Wednesday, Horry County Council voted to approve spending up to $25 million annually (held in trust by the S.C. Department of Transportation) for extending S.C. Highway 22 to the Western portion of the Horry County line.   Current Horry County Council Chairman, Mark Lazarus,  stated at that workshop paving the 12 miles to the county line would cost tax payers around $400 million.

While local media continually tout the road as I-73, there is no funding to pave the road beyond the Horry County line.  As can be heard in the video above, Horry County Administrator Chris Eldridge explains to County Council that neither Marion nor Dillon county have the funds to pave the road in their counties.

With a border wall as President Trump’s highest priority, funding from D.C. is unlikely.

This leaves state funding from the S.C. State Infrastructure Bank as the only “Hail Mary” and an unlikely potential for ever seeing funding for paving the road beyond the western Horry County line.

While the road does not have funding to connect with I-73, the road will be a mecca for real estate developers who want to build housing projects in Western and rural Horry County.  The road has already been called  THE REAL ESTATE EXPRESSWAY by several local residents who attended Wednesday’s workshop.

With taxpayer funding for this road, developers can promote future neighborhoods and home sales throughout Western Horry County as “just a mere 30 minute drive to the beach.” 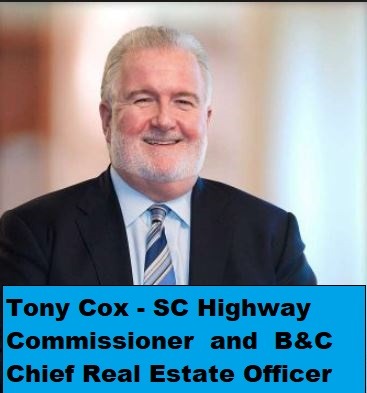 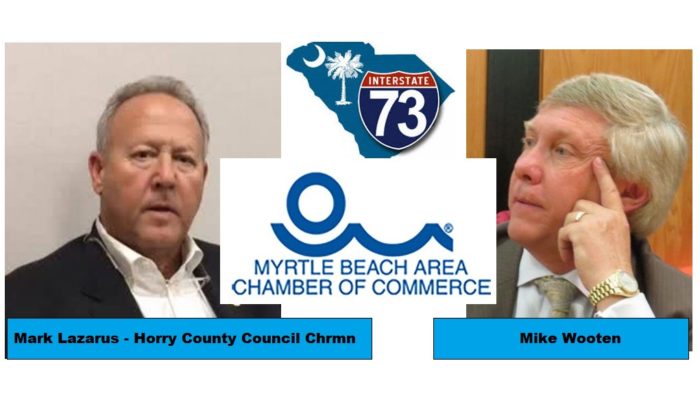 While touted as I-73, the road is truly just an extension of S.C. 22 to the Horry County line.

The extension of S.C. Highway 22 is currently projected to run through a flood plain.  Portions of the current road flooded during the past Fall’s Hurricane Florence.  Said Horry County Councilman Gary Loftis, “The road only flooded after the Waccamaw River flooded days after the hurricane.  Evacuating such a road would not be a problem, even if it flooded later, not allowing residents back in.”  The entire project build to the county line is estimated at $400 million.  The true cost to build the Interstate on an elevated platform like I-526 in Mt. Pleasant would cost taxpayers $6 billion, if built to connect with I-95.

At a recent council meeting, Mike Wooten stated that building the roads to this standard was simply not affordable.

Councilmen who voted yes on funding the road include: