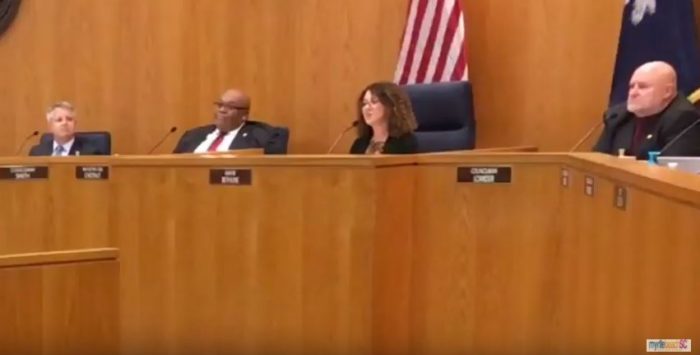 Earlier last week this article was developing as to how the City of Myrtle Beach Mayor Brenda Bethune and the City Council in all their special interests, obstinance, and perpetuity in neglecting to hear the people speak, will in fact be the ones whose very shoulders the outcome of the Tourism Development Fee (TDF) rests upon. Interestingly new information came to light. Yes, City Council and Mayor Bethune, this may well be your very own unseemly legacy which will indeed go down in the history books, simply because you continue to refuse your constituents a referendum vote on the TDF. And please spare us the continual “My being elected was a referendum” plea, as it’s embarrassing to those who actually understand how government works. So as they say in street slang, Mayor Bethune and Council, you will have no choice but to “own it”. If you vote “YES” to the TDF you will have no choice but to own the situation you create. On a side note, in light of new information, how is that working for the past administration this week?

Alas, before this was to go to post, and fortunately for the citizens and whatever or whoever you want to give credit to, be it god, fate, circumstance, karma, or sheer human conscience, citizens were brought an extra “Good Egg” in their Easter basket this past week. A citizen, Karon Mitchell, once again stepped out of her comfort zone and took the step most all are unwilling to do for varying reasons, the first being fear of legal action; the second, retribution, and third; financial ruin. We assure you from personal experience these government entities are not only threatening and bullying, but in fact, very litigious. Thankfully Mitchell has fought the Good Fight once and has now stepped up again to take up the challenge for us all by spearheading TDF corruption head on.

On the surface the allegations brought against the City, County and Chamber appear incredulous. After all, these very entities are to place the needs of the people and the common good of the citizen above their own. Those who have kept up with the history of the city, county and the state government know exactly how these entities have been run over the past century, and the good of the common citizen is rarely found in many instances. More unfortunate is the newly elected in the Myrtle Beach City Council appear to willingly continue turning a blind eye to the footsteps of collusion and cover-ups, backroom deals and under the table payoffs. It’s pure greed parading under the auspices of “helping” make the area “better”, while filling the bank accounts of their families, friends, and co-workers. They take the money from the “lesser of these” in new fees and higher taxes while slowly eroding and restricting the common citizens freedom. Recent restrictions passed by the City in the name of “decorum’ prove this when in fact “decorum” is only a means of restricting the voice of the people.

Mayor Bethune, City Council, and Chamber of Commerce, it may be wise for you all to just “cut the cord” from the TDF cash cow and give a “NO” vote this Tuesday, or allow the citizens to vote. If not, your legacy of irresponsibility and neglect of common ethics will follow you until you are voted out next election, if you are even able to sustain your positions until that time.