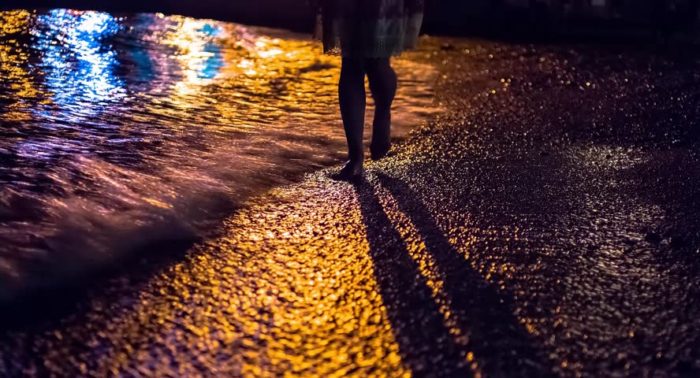 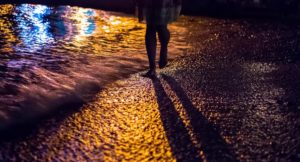 After parking her car on First Avenue South at 3:30 a.m.,  a woman was raped in Myrtle Beach and robbed on the beach Tuesday.  She had intended on a moonlight walk  in front of the boardwalk near the Myrtle Beach Skywheel when the incident occurred. 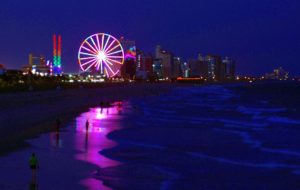 According to local WBTW news:  Officers responded to First Avenue South around 3:30 a.m. and made contact with the victim, the police report says.

The victim told police she parked near the Sky Wheel and was walking on the beach after midnight when she noticed a white male following her. The report says she turned and walked the other direction, and the man grabbed her by the throat and she screamed.

The woman stated that when she came out of shock on the beach , she was wearing no pants.  She said that her cell phone was also missing.

The report says the woman was taken to the hospital and the investigation is still ongoing.

The downtown area,  where the Boardwalk is located is not considered to be a safe zone for walking on moonlight strolls by most residents who live in Market Common.

Myrtle Beach is ranked the 17th most dangerous city in America by highly acclaimed Neighborhood Scout.

Meanwhile,  the cities of Surfside, North Myrtle Beach, Garden City, Pawleys Island, and Murrells Inlet are considered some of the safest cities in America.