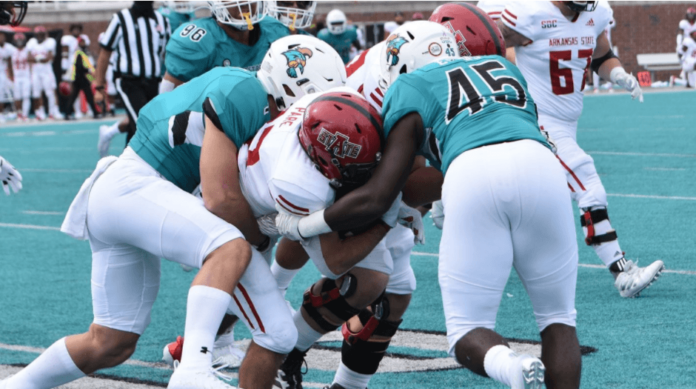 Tonight the 15th ranked Coastal Carolina Chants put their undefeated record on the line as they play at home.

The Chanticleers were ranked No. 15 overall in the Associated Press Top 25 Poll in Week 9, eclipsing the previous Sun Belt record of No. 19 set by Appalachian State last season and Louisiana twice this year.

In the Amway Coaches Poll presented by USA Today Sports, the Chants came in at No. 16 overall, surpassing the previous Sun Belt high of No. 18 set last year by Appalachian State in the Week 16 (Final) poll on Jan. 14.

CCU is the second highest ranked college program in the state, following Clemson which is currently ranked number 1.