How To Cope With Depression And Protect Your Mental Health 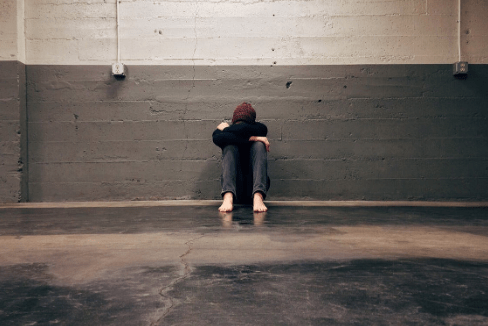 The name depression comes from the Latin word deprimere, which means to push down, press down, or dent.

Mood swings in depression may occur for no apparent reason or may be clearly inconsistent with a potential cause.

Most people feel sad or down at times. It is also completely normal to feel miserable because of unpleasant life events, such as the death of a loved one, an illness, the loss of a job, or the break-up of an emotional relationship or marriage. The most common feelings of grief and sadness lose their intensity over time.

Depression is a serious emotional disorder that significantly affects the functioning of the sufferer and their relationships with other people, causes family dysfunction, and leads to loss of workability.

Ancient Greek doctors were trying to understand and explain mood disorders. The modern interpretation says that genetic, psychosocial, and neurobiochemical factors contribute to the development of disorders. Almost all studies examining hereditary factors have determined that there is an increased incidence of the disease among the descendants of those affected. The importance of psychosocial factors is best illustrated by the high frequency of stressful life events that precede the occurrence of the first depressive episode.

However, science has not yet found a single answer to the question of the cause of depression.

Certain forms of depression are a sign that certain psychological and emotional aspects of a person’s life are out of balance. For example, these can be significant life events (divorce, going abroad or emigrating, death in the family, loss of job, etc.). The biological basis of depression is represented by changes in the metabolism of chemical molecules – neurotransmitters (serotonin, noradrenaline, and dopamine)—as well as the number and sensitivity of structures on which neurotransmitters act – receptors.

Many people still believe that the emotional suffering caused by depression is not real and that a person can get rid of it only if they try hard enough. A large number of sufferers do not recognize their emotional problems and believe that the feeling of sadness will pass by itself. Also, due to feelings of shame, discomfort, and stigmatization, they avoid seeking professional psychiatric help. Depression is successfully treated with pharmacotherapy and psychotherapy, and the best results are achieved with a combination of both treatment methods. As the folks at D’Amore Mental Health explain, depression can affect every corner of our personal lives, and the best treatments are often specially created personalized treatment plans that take into account the individual needs of the patients and their preferences. This method is especially important in achieving better and longer-lasting results. The best combination of treatment models allows you to acquire better patterns of behavior and thinking, which results in acquiring healthy life habits along the way.

How to prevent depression

There are different types of depression, and each of them has its own specific symptoms and causes, which depend on the method of treatment and the therapeutic approach.

According to the way of occurrence, depression can be primarily biologically (genetically) predisposed, so-called endogenous depressions, and those that are conditioned by external influences, such as various traumatic events, prolonged stress, traumas, various losses, and we call them exogenous depressions.

There is also a division into unipolar and bipolar, neurotic and psychotic, then seasonal, organic (caused by some disease or brain damage), postpartum, senile…

According to the severity of the symptoms, depression can be:

Psychotherapeutic methods of treating depression are aimed at discovering the causes that lead to a depressed mood and eliminating them by changing ways of thinking and behaving.

Behavioral theory talks about depression in people with a lack of social and problem-solving skills, who repeatedly experience a negative reaction from the environment, and who lack self-affirmation.

Cognitive models of depression start from the assumption of wrong thinking, i.e., negative thinking about oneself and the future.

Depression is not a sign of weakness but of a serious mental disorder, i.e., a real disease that must be treated. If the state of sadness and depression lasts longer than two weeks and if it disturbs everyday life, be sure to seek professional help. Depression can be successfully treated! However, it should be emphasized that the treatment is a demanding process and that it is necessary for the patient to actively participate in the treatment in order for success to be achieved.

How to Stop Looking so Tired

5 Things to Expect When Taking Part in a Clinical Trial