“Did you speak with these future Yiqian investors, in China,  before they invested [in Yiqian Funding]?”

Mayor Rhodes declined to respond to our request.  A Yiqian Funding office has been raided by the Chinese government with one partner now imprisoned in a Chinese jail.  Mr. Liu is also wanted in China as well.

Sources close to the FGI Golf group say that Dan Liu,  owner of FGI Golf in Myrtle Beach and, also, President of Yiqian Funding of China has likely fled the USA. Those sources said that Mr. Liu has been searching for a country (for some time) to relocate to that does not extradite back to mainland China.

According to Golf Inc,  the company acquired 12 golf courses from National Golf Management for a reported $19.2 million on April 24, 2015. A few days prior, it had announced the purchase of Traditional Golf Club in Pawleys Island and Wild Wing Plantation near Myrtle Beach. Both had been owned by different investor groups and managed by National Golf Management.

Founders Group International is the largest owner/operator of golf courses and clubs in Myrtle Beach and one of the largest employers in the area.

Myrtle Beach Mayor John Rhodes traveled to China multiple times to encourage Chinese investments.  Sources surrounding the FGI Group told MyrtleBeachSC that the mayor traveled with Keller Williams Real Estate Agent Jane Zheng,  who brokered the golf course acquisitions.  Those sources say Mrs. Zheng worked as a mandarin [Chinese] interpreter for Mayor Rhodes as he made investment pitches to investors who would later invest in Yiqian Funding,  a peer to peer lender.   Those same funds were then used to purchase golf courses owned and managed by National Golf Management and others.

MyrtleBeachSC tried to reach Ms. Zheng.  There were no answers at her listed numbers. We only got voicemail.  Those we spoke with said her current residence could not be provided. 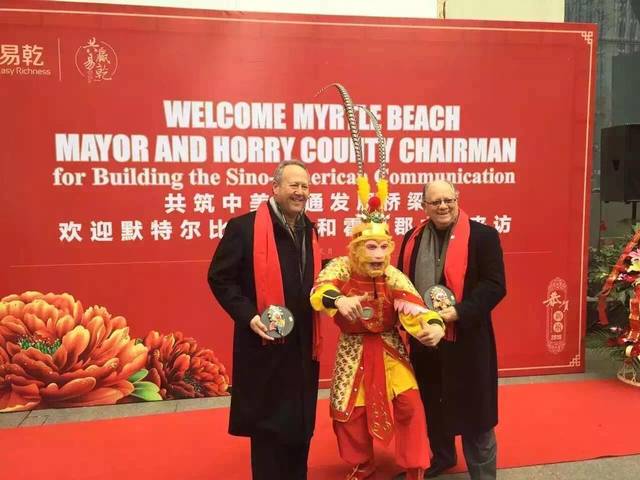 Mayor Rhodes Was A Central Player In The FGI Deal

Nick Dou,  a NY based immigration attorney, who was also involved in the deal is now suing his partner Dan Liu for control of the company.  A copy of the lawsuit can be seen here. The suit has not been served on Mr. Liu as sources say he fled the country before service could be achieved.

▪  Liu has written checks to family members and third parties without legitimate corporate purpose and used the funds of FGI and the FGI entities for his personal benefit.

▪  Through FGI funds, Liu purchased a 2017 Grady-White 336 Canyon center console fishing boat in November 2016 that is titled to the company Offshore Captain LLC, which is owned and controlled by Liu. The purchase price was $389,651 and FGI funds cover the maintenance, repair and upkeep of the boat.

▪  In March, Liu was responsible for the transfer of $550,000 from the FGI entity Founders National Golf LLC to attorney Hugh H. Mo in New York City, whom Dou believes represents Liu in his legal matters in China.

▪  Liu has transferred substantial assets of FGI and FGI entities to D&C International Holdings LLC, which is owned exclusively by Liu and his wife, Xuan Zhuang, and now owns at least 10 residential and commercial real estate parcels in Horry County through a series of real estate transactions.

▪  Liu has made FGI lease office space from D&C International Holdings for a customer call center despite there being ample vacant space in FGI-owned buildings.

▪  Liu has made FGI employ multiple members of his immediate and extended family who provide little benefit to the company.

▪  Liu is purging the company of anyone who will question his actions.

▪  Dou believes there is a grave risk that Liu will not only continue but accelerate his pattern of misappropriating and converting corporate assets for his own personal benefit.

In researching operations of  the Founders Group International  LLC,  MyrtleBeachSC discovered that tax records show they (as a Corporation) have been openly owning property and paying taxes to Horry County SC since 2015. This address is registered to an entity known as ”American Chamber of Commerce for Overseas Chinese Inc.”  Its person of contact is “Carlin Chang”. This organization does not fall under the US Chamber of Commerce per legal rules and regulations but is a website that simply registers “DB”, Doing Business As.  There is nothing anywhere that puts this as a legal entity of the US Government. Any other research shows that this corporation shows “0” holdings and at most 2 employees. It is suspect and perhaps illegal.

The, just below, is a very skeptical site, even having a security warning when entering, so it may have been created just as a dupe site…

MyrtleBeachSC was unable exactly to determine who “Carlin Chang” is.

The second address used by the FGI in the Horry County Tax Records Database during the 2016 tax bills were sent to the address of:

This address is to DLL Financial located in the country of the Netherlands, appearing to deal with financial holdings and legalities, and has strong ties to off shore holding accounts.

The third address is to the Founders Group’s  PO Box in Myrtle Beach. 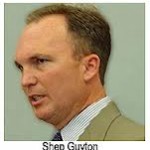 Local Lawyer Shep Guyton has some involvement in this matter

D&C is a company held exclusively by Dan Liu and his wife Xuan Zhuang. D&C International Holdings LLC has only one Horry  County tax entry.  MyrtleBeachSC found this entry very interesting. They have only one tax bill and receipt.  It is for a vehicle. There is no address listed, but  the address of D&C is to no other than Robert “Shep” Guyton’s law firm on Oleander Drive in Myrtle Beach, S.C.  https://www.business-detail.com/791535-d-c-international-holdings-llc

It appears that Guyton has now transferred most of his private holdings to his wife, Kelly M. Guyton or into an Et al account

Mr. Guyton is best known for his now infamous former dealings with the Myrtle Beach Area Chamber of Commerce.  MyrtleBeachSC reported on Mr. Guyton in September 2016 where Robert “Shep” Guyton, a former chairman of the Myrtle Beach Area Chamber of Commerce board and a Myrtle Beach attorney, who funneled hundreds of thousands of dollars in campaign donations through more than a dozen corporations in 2009, still faces 167 state ethics charges, most stemming from excessive contributions to candidates for local and state offices, according to public records. 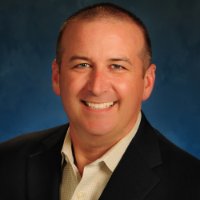 With the recent firing of all key financial managers, all FGI golf course holdings are now being managed by Steve Mays.

Homeowners, including residents of Pine Lakes Country Club, who own area homes surrounding FGI golf courses are concerned that Mr. Liu’s possible flight leaves Steve Mays as the defacto, “all things” FGI decision maker.   His past close ties to Myrtle Beach Golf Holiday,  which was in large part formed by owners of the Brandon Agency and a group that is now the owners of  Brittain Resort Hotels,  is a major concern for these home owners. 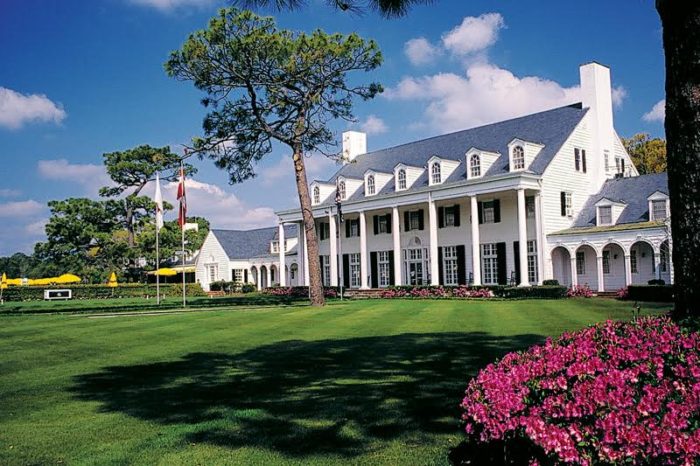 Mayor Rhodes’ participation in what has worked out to be a Chinese Ponzi investment scheme is still yet to be completely revealed.  We asked Mayor Rhodes,  Did you speak with these future Yiqian investors before they invested?   The mayor declined to respond to our request.

In an April 4 article this year of the local Sun News,  Rhodes said his visits to China have all focused on bringing tourism and investments to Myrtle Beach. He said other cities, and state-level officials, also regularly court investment from the country. 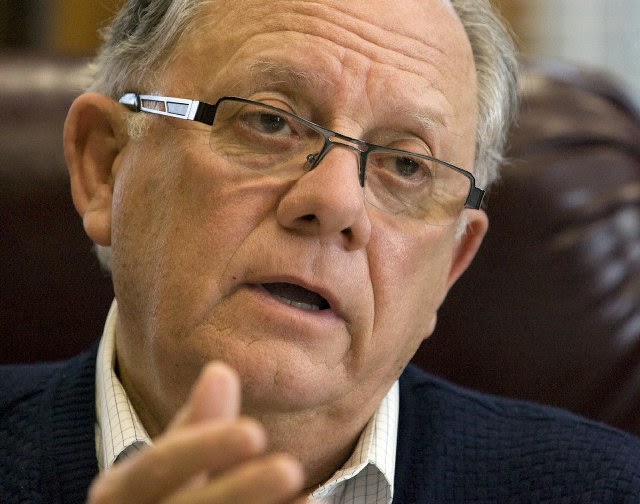 That article also pointed out:

The chamber [Myrtle Beach Area Chamber of Commerce]  paid $2,490.60 for Rhodes’ airfare in September 2016, when he visited Yinchuan, China, for a U.S.-China tourism summit. Chinese hosts paid for transportation inside the country for the rest of his stay. And earlier in 2016, in January and February, Chinese officials paid many costs as Rhodes took a trip with Horry County Chairman Mark Lazarus. Myrtle Beach paid $3396.20 for Rhodes’ airfare for that trip, in addition to $900 in expenses.

And in a complicated itinerary in the fall of 2015 that involved several stops, Rhodes traveled from Tiberias, Israel, a projected sister city to Myrtle Beach, to Athens, to Budapest, and finally back to China for a travel trade show. The chamber paid a total of $2,946.76 in airfare, sponsoring the Israeli and Chinese stops on the trip. Rhodes said he paid for the costs of two days in Athens, and the Budapest stop was a $3,500 Sinclair trip that Rhodes did report in his 2016 disclosure.  Sinclair owns the local WPDE Myrtle Beach Television station.

Editor’s Note:  This article was edited.  The address of DLL is listed as the Netherlands and not Denmark as we originally reported.  Lawyers searching for Dan Liu located him and served him the week of July 4th.  Sources had informed MyrtleBeachSC.com that Liu had likely left the country.  Mr. Liu was located and served in Myrtle Beach on July 5th.

Mr. Pedersen – Tear Down This Wall