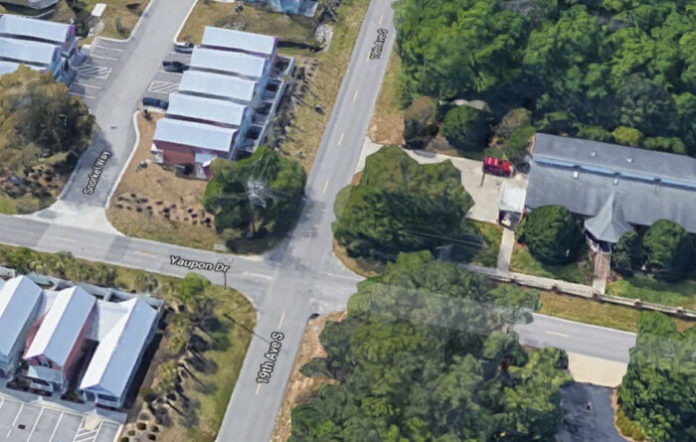 Home owners living on the corner of 19th Avenue South and Yaupon Street are hoping a name change can help with the perception of their area.

Yaupon is one of the oldest and most controversial streets in the city. Long known for drug deals, prostitutes, vagrancy and homelessness, the street name carries a stigma. Gulf Stream Cottage home owners believe the street name depreciates home values in their neighborhood along 19th Avenue South.

“A portion of Yaupon has been under discussion for a couple of years now. There’s a desire to distinguish between northern sections and southern sections of Yaupon,” Myrtle Beach city spokesman Mark Kruea told the media Friday.

While a name change for the street has not yet been approved by City Council, construction markers were placed in the area on Thursday. The city says crews will start working on concrete next week. Asphalt is expected to be added in early August.

WILL A NAME CHANGE WORK?

Business owners we spoke with along Yaupon stated the same. Motel owner Sachin Patel told our team, “We reported crimes, homelessness, drug deals and prostitution on Yaupon for the past few years. Rather than deal with its issues, the City of Myrtle Beach chose to write our motel up as a nuisance property for reporting the very crimes that invade our neighborhood.“

The problem is bigger than Yaupon

As MyrtleBeachSC news has reported for years, the issues of crime, neglect and invasive homelessness are a city-wide problem. While the city chooses to portray this as a merchant driven, tourist related, and south end issue, the problem is fully systemic from 21st North to 19th South and out to Highway 17 bypass.

Local merchants say these issues are created by a local population of homeless, drug addicts, vagrants, and prostitutes. This local population is largely invisible to a city government in full denial.

The city of Myrtle Beach will spend $54,000 of resident tax payer monies for road improvements at Yaupon and 19th Avenue South.