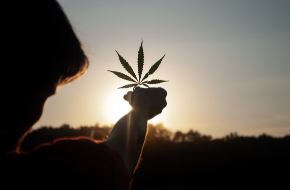 In recent years, cannabis and its products have seen a boost in popularity, and for good reason. Cannabis, also known as marijuana, is a plant-based natural drug that has many beneficial effects on the user. Although there’s lots of evidence that shows the positive sides of marijuana products, it’s still not fully legal everywhere.

Cannabis and its usage is still a sticky topic for many out there, but that doesn’t mean that you shouldn’t stay informed! If you’re curious to learn more about cannabis products but are too shy to ask, you’ve come to the right place! Here’s everything you need to know about cannabis legalization through these 6 most commonly asked questions. Read on and have all your cannabis questions answered!

You’d be correct to assume that cannabis and its products are not legal in each state of the country. Depending on the types of weed strains and the amount, the legality of cannabis and its products may differ from state to state. Generally speaking, most states in the US have either fully legalized or decriminalized cannabis usage. This also extends to certain amounts of possession. Many states have decriminalized it and allowed it for medical use, whereas other states allow only medical marijuana. Cannabis usage is illegal in a few states including Texas, Tennessee, and Idaho.

The difference between decriminalization and legalization lies in penalties for its use. Legalization removes any government-enforced penalties or fines for cannabis products. Decriminalization removes the possibility of jail time in most cases. This covers cases of possessing cannabis products, but not all charges. Those caught possessing, selling, or using amounts outside the limit are still fined, but usually no more than a few hundred dollars. In stricter states, those caught with larger amounts can pay higher amounts or even face jail time.

As with decriminalization and legalization, there is a difference between the use and possession of weed. Depending on the laws in your state, you can face different penalties when you are caught using or in possession of weed. The penalty and severity of the charge can also depend on the amount in question, where it was used, and the age of the person in question. It also depends on previous violations or offenses. Because of all the nuances, it can be difficult to tell which offense would be worse. It’s best to do your research for your state and county to make sure you know what you’re up against.

Medical marijuana is the legal term used for cannabis products and derivatives that are used for medical treatments. The term separates it from recreational cannabis although both contain the same active compounds. These compounds, including CBD and THC, are the reason behind the medicinal function of the plant. Medical marijuana can be used to treat conditions from anxiety, arthritis, and chronic pain which is why it is often prescribed.  Because of how it is categorized, medical marijuana can be more legally available, depending on your state.

Although cannabis is America’s third most popular drug, after alcohol and tobacco, its usage is the most controlled and in question. There is plenty of evidence that shows the harmful effects of both alcohol and tobacco on the body. These harmful effects outshine the current research on marijuana by far. Tobacco has worse health consequences and is more addictive than marijuana and drunk driving alone kills over 22,000 people per year. It’s important to note that the criminalization of marijuana products is disproportionate to the threat it poses to society.

In recent years, the call for decriminalization and legalization of cannabis products has been at an all-time high. At up to 66% in 2018, legalization popularity has skyrocketed. This can be the result of many factors including fact-based evidence and a turn in society. This is supported by Pew research showing that more than two-thirds of millennials back legalization. This support is lower and not mirrored among older groups. The stigma around cannabis usage has also steadily declined over the years which has helped the rise in popularity.

You need to know the health benefits and side effects of medical marijuana as well as where it stands in comparison to tobacco and alcohol. With these points in mind, it’s also easier to see why the legalization of cannabis has become so popular recently. Keep these points in mind next time the topic comes up and use them to come to a conclusion of your own.