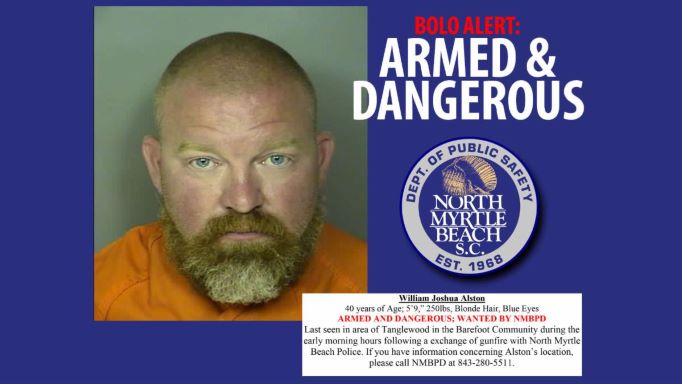 William Joshua Alston was arrested shortly before 1 p.m. today. Alston is accused of opening fire on NMB Police Officers as they tried to serve an outstanding warrant. No officers were hurt.

The search for Alston focused on two North Myrtle Beach areas. One on Oyster Catcher and one in the Briarcliff RV Resort, where Alston was captured without incident. He is being transported to the hospital.

SLED is investigating the officer-involved shooting.