Best Professional APUs for Gaming in 2022 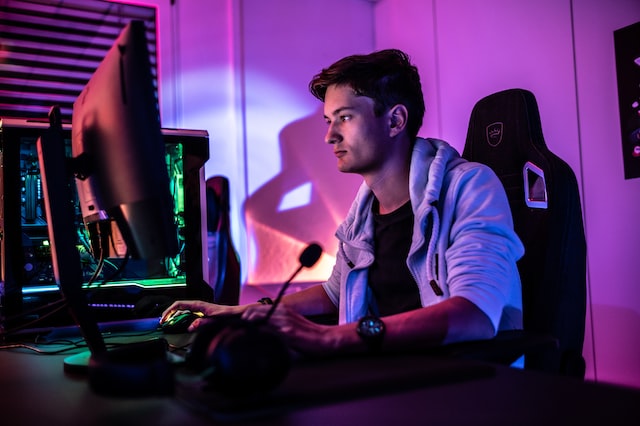 The accelerated processing unit (APU) is a specialized SoC that combines a highly capable graphics processing unit (GPU) with a powerful central processing unit (CPU). Although the idea or the concept itself is nothing new, high-end, modern APUs are still vastly more capable than their predecessors. This difference is brought on due to how much more powerful today’s iGPUs are, as compared to integrated graphics cards from just a few years ago.

You will find these high-end AMD and Intel APUs mostly inside professional laptops that are designed for creative workers. However, these same pro chips carry enough processing power in them to run almost any game out there. On that note, let’s get to know the top three professional APUs for gaming in 2022.

The Intel 12th Gen Core-i9 12900 series CPUs are quite simply the most powerful professional APUs that you can buy right now. The design combines the world’s fastest (5.2GHz turbo clock speed) 16 Core + 24 Thread CPU with Intel’s most powerful iGPU yet, the UHD 770. The Intel APU will run through high resolution media editing, rendering, 3D modelling, designing, and simulating tasks like hot knife through butter.

As for gaming, the UHD 770 proves itself to be the most powerful iGPU released by Intel to date. Built on Intel’s latest Iris Xe LP Gen 2.2 Graphics architecture, the 1.55GHz, 12-core Intel graphics processor is equipped with 256 shader units, 8 render output units, and 16 texture mapping units. To know more about the Intel Graphics Processor’s gaming capabilities, visit https://www.lenovo.com/us/en/faqs/intel/intel-graphics/.

Ryzen 7 5700G APU is built on AMD Zen 3 architecture. With 8 Cores and 16 Threads, the CPU’s core clock speed of 3.8GHz can be boosted up to 4.6GHz. As one can imagine, the Intel Core-i9 12900 CPUs are significantly faster than the Ryzen 7 5700G on paper and in real time benchmarking. The Ryzen CPU is no slouch either, but it just cannot compete with the Intel Core-i9 with such obvious shortcomings.

However, the AMD Radeon RX Vega 8 5000 iGPU more than makes up for it in the APU’s gaming performance. Making full use of AMD’s Raven Ridge GCN 5.0 Vega architecture, the RX Vega 5000 is an extremely capable graphic processor that’s capable of running any game you throw at it decently enough. The 2GHz 8-Core graphics processor has 512 shader units, 8 render output units, and 32 texture mapping units. At 720p, the Ryzen 7 5700G APU can run almost all modern games.

So, why is an ancient APU form 2019 here on this list? There is only one reason for that, and it’s called RX Vega 11. The RX Vega 11 is the most powerful gaming iGPU ever released, even though it was released way back in 2017. It is shocking to see that AMD is not using the Vega 11 in any of their latest 5th or 6th Gen (laptop only) APUs. Which means that your best option to make use of this integrated beast is to use the ancient Ryzen 5 Pro 3400G Pro APU, which has an outdated but powerful 4 Core, 8 Thread CPU.

The quad core central processor’s shortcomings will make themselves evident in CPU-intensive workloads, so Ryzen 5 Pro 3400G is not the ideal choice for creative professionals. However, the presence of the amazing RX Vega 11 iGPU with its 704 shader units, 8 render output units, and 44 texture mapping units keeps the APU in the run for the best gaming APU, even in 2022.