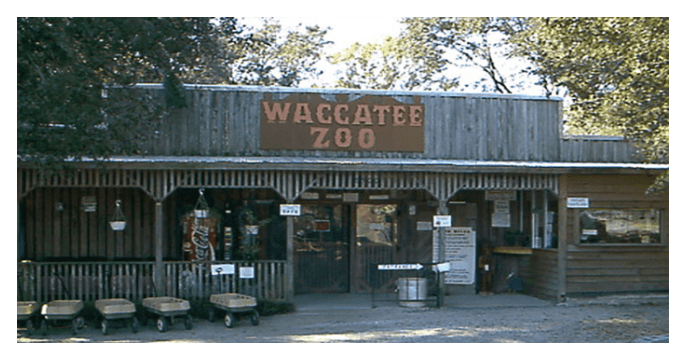 New eyewitness reports, including from a private investigator hired by PETA, allege that Waccatee Zoological Farm—which faces a PETA lawsuit alleging that it’s failing to provide animals with adequate veterinary care, among other issues—is quietly moving animals out of the facility, an act that hinders PETA’s ability to collect evidence about the animals’ conditions and push for any needed treatment. In response, PETA has just filed an emergency motion with the U.S. District Court for the District of South Carolina, seeking a court order that prohibits further transfers, requires Waccatee to account for the whereabouts and ownership history of the animals, and imposes sanctions against the notorious outfit.

According to the eyewitness reports, some animals were transported by Zootastic Park in Troutman, North Carolina—which, like Waccatee, has a history of poor treatment of animals as documented by the U.S. Department of Agriculture (USDA).

“Shipping animals from one shabby outfit to the next prolongs their pain, and in this case, it blocks PETA from gathering evidence about these animals’ suffering,” says PETA Foundation General Counsel for Captive Animal Law Enforcement Brittany Peet. “This is a shady stunt designed to keep abused animals from receiving the care they desperately need.”

PETA’s lawsuit under the federal Endangered Species Act and South Carolina’s public nuisance law alleges that Waccatee confines and exhibits more than 460 animals in conditions in which they’re deprived of appropriate veterinary care and other necessities. After PETA sent Waccatee an official notice warning of its intent to sue, the USDA fined the outfit $7,800 for six alleged federal Animal Welfare Act (AWA) violations. Over two decades, the agency has cited Waccatee—which PETA calls “the worst roadside zoo in America”—for more than 100 violations of the AWA.