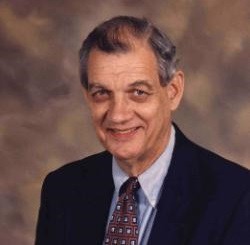 City residents, state residents, state congressmen, senators, our Myrtle Beach Mayor, and national figures today are all expressing their sadness at the news of the passing of Clay Brittain Jr.

Mr. Brittain also owned and managed the Chesterfield Inn, now demolished,  during Myrtle Beach’s most recognized downtown era.   His family also continues to run and operate the Sea Captain’s House.   Most notably the family owns and operates  Brittain Resort Hotels, which is the largest property management firm in Myrtle Beach managing over 20,000 oceanfront rental units.  It is also among the largest property management firms in the state.

Mr. Brittain was well known for his community involvement.  He sat on the boards of many banks,  served on an untold amount of commissions.  The Brittain Center For Tourism at Coastal Carolina University is named in his honor.

Both he and his sons were highly instrumental in what has shaped and resulted in the Myrtle Beach Area Chamber of Commerce becoming one of the most powerful institutions in the state of South Carolina.

He was well regarded and highly respected in our community.

Throughout his career, Mr. Brittain received many awards including: Myrtle Beach Jaycees “Man of the Year” (1980); Myrtle Beach Chamber of Commerce “Citizen of the Year” (1982); Doctor of Public Service Honorary Degree from Coastal Carolina University (1989); Jason Ammon’s Free Enterprise Award from Coastal Carolina University (1997); The Ashby Ward Pioneer of the Year award from the Myrtle Beach Chamber of Commerce (2005); and in 2009 he was honored by the Long Bay Symphony by having a chair presented in his name.