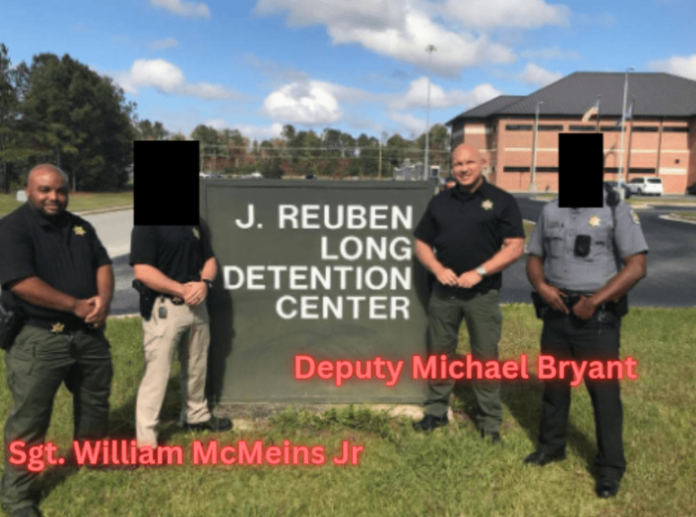 Documents provided by the South Carolina Criminal Justice Academy show that two Horry County Deputies were forced to resign after writing false or misleading statements on warrants presented to an Horry County judge.

Records detail his separation on May 20 from the Horry County Sheriff’s Office showing a “resignation involving misconduct.”

According to his separation paperwork, evidence showed that he typed up and presented a search warrant affidavit to a Horry County magistrate judge that contained “several misleading and incorrect statements within the warrant affidavit.” This was confirmed through incident reports, body camera video and statements provided by McMeins.

Deputy Michael Bryant had worked at the jail since February 2008, according to his SCCJA records.

His separation paperwork is similar to McMeins showing that it was filed on May 19 and the resignation was due to misconduct.

The documents state that Bryant presented several arrest warrants that contained “false, misleading and incorrect statements” before a Horry County magistrate judge in order to obtain arrest warrants for a person involved in a case. Officials confirmed the alleged wrongdoing through incident reports, body camera video and statements provided by Bryant as well.

The Horry County Sheriff’s Office and J. Reuben Long Detention Center work hard to uphold the public’s trust. After receiving a citizen complaint, we conducted a thorough investigation into two former officers. Our investigators reviewed incident reports, hundreds of emails, recorded interviews, and body camera footage. Ultimately, we concluded that these two officers did not uphold our strict policy of truthfulness. The actions of McMeins and Bryant are not representative of the training and service we provide to Horry County Citizens. Both officers resigned as a result of this investigation and we reported their misconduct to the South Carolina Criminal Justice Academy for further action.