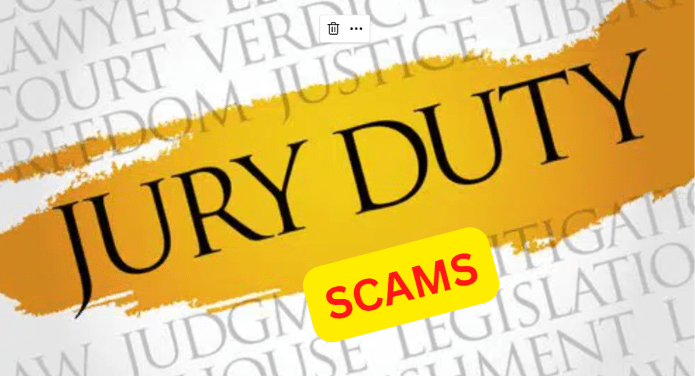 A homeowner in the Carolina Forest community of Plantation Lakes reports a recent jury duty phone scam she received this week.

Other residents reported they had received the same scam calls.

The report posted on Next Door states: I received a jury duty scam call from a “Lt Jackson at the Horry County Sheriff Office.

He said I missed my jury duty and I would be arrested if I did not appear at the Sherriff Office on 2nd Ave in Conway within the hour. He asked me to bring ID and proof of residency. He said I would need to post bond of $2000. He was very convincing and made me very nervous.

The resident made a call the the Sherriff’s department. A representative at that office said there was no Lt. Jackson working for Horry County. Upon hearing that, the caller immediately hung up.

USCOURTS.gov states: In various parts of the United States, citizens are being targeted by phone calls and emails, threatening them with prosecution for failing to comply with jury service in federal or state courts.

Jury duty is a vital civic responsibility and should be taken seriously by all citizens. However, it is a crime for anyone to falsely represent himself or herself as a federal court official. The federal judiciary takes seriously such an offense.

Persons receiving such a telephone call or email should not provide the requested information, and should notify the Clerk of Court’s office of the U.S. District Court in their area. The Horry County Clerk of Court is Renee Elvis.