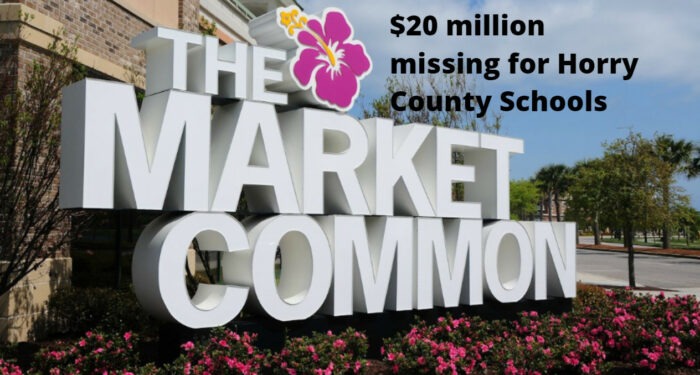 The 14th Circuit of Beaufort County heard the case of Horry County Schools versus the City of Myrtle Beach concerning $20 million in missing school funds. The school was part of an obligation to Horry County Schools from the city, provided by a TIF district created in Market Common.

Horry County holds that the Market Common land was given to the city by the Air Force Base redevelopment authority with the school provision in place. The City of Myrtle Beach and City Manager, John Pedersen, dispute those claims.

The City of Myrtle Beach called the case “frivolous” and asked the court to dismiss the case entirely.

On behalf of the students of Horry County, School Board Chairman Ken Richardson, along with school board members David Cox, Sherri Todd, and Janet Graham made the trip to Beaufort, S.C. today.

Despite requesting the “out of county” court location, neither Mayor Brenda Bethune, nor Myrtle Beach City Manager John Pedersen, made the 3 plus hour trip.

The City of Myrtle Beach asked the court to sanction the school district and reimburse the city for expenses. The judge, however, ruled in favor of Horry County Schools.

The Horry County Schools case was not dismissed. The trial for the missing $20 million continues.

As lawsuits for the City of Myrtle Beach continue to mount, perhaps a settlement of the Market Common suit is in the best interests of all city-wide, resident taxpayers.

On local show, Michael Drake says he is “back in” Surfside Beach Town Council race