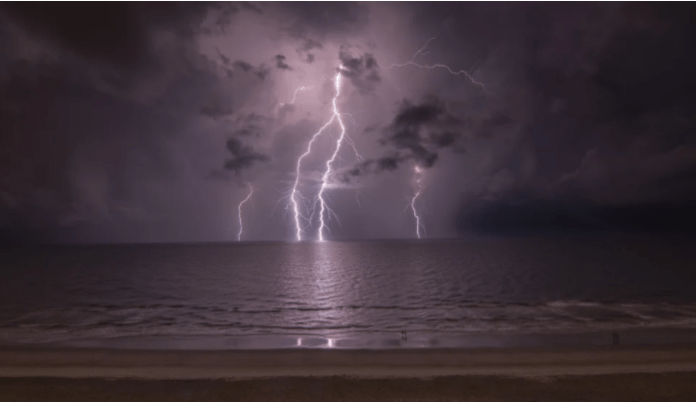 Myrtle Beach is by far the most liberal city on the Grand Strand. The city is debt ridden. Moody’s rates the city’s $62 million in Hospitality Fee Bonds (debt) as A3 with a negative outlook.

The income disparity between those who live in Grand Dunes versus those who live on Flagg Street is palpable. Income disparity is another common trait found in liberal cities. These cities often feature the uber-rich or the super-poor. Market Common is perhaps the only middle class neighborhood located inside the city limits.

Like most liberal cities in America, Myrtle Beach has considerable debt issues which were exacerbated by the 2020 pandemic. Tourism was down 42%.

As the city operates at the top of its debt ceiling, the downturn also required Myrtle Beach to lay off a large portion of its senior staff. This crushed employee morale among the city’s 955 workers.

Winning the 1.5% Hospitality lawsuit with Horry County literally saved the City of Myrtle Beach’s hide for now. However, this tax and spend city just can’t seem to stop spending.

As the Bond Buyer Reports:

A South Carolina state judge on April 16 ratified an October 2020 settlement of a suit filed by Myrtle Beach and the other municipalities against Horry County. The suit alleged the county repealed a resolution on hospitality taxes without the consent of the city.

The added revenue is a credit positive for Myrtle Beach and the other municipalities, Moody’s Investors Service said last week, and comes after the COVID-19 pandemic ravaged the coastal region’s tourism economy and caused a decline in multiple municipal revenue streams.

Of all the municipalities involved, Myrtle Beach is one of the biggest winners of this settlement, according to Moody’s analyst Frank Mamo.

“They will receive around $22 million of a one-time lump sum windfall and then moving forward city officials estimate that they’ll receive about $18 million in ongoing revenue annually,” Mamo told The Bond Buyer. “This is a tourism-dependent economy and several of their revenues have been hit pretty hard by the pandemic so this is certainly a good development for them.”

“Horry County historically used the countywide hospitality fee to service state infrastructure loans, which were paid off in 2019,” Krist said in a report issued last week. “The municipalities sued to attempt to get a portion of the revenues generated by the fee given that the prior use of the funds no longer existed. The settlement comes after Myrtle Beach dealt with the impacts of the pandemic on tourism and related business.”

Moody’s said the county’s revenue loss won’t have a material budget impact on the county, but Myrtle Beach’s gain will be substantial.

Myrtle Beach expects to use the hospitality fee revenue to partially offset revenue losses incurred during the pandemic.

The revenue is not legally pledged for repayment of the city’s $62 million of outstanding hospitality fee bonds, which Moody’s rates A3 with a negative outlook. However, city officials told the agency the money can be used in the event that legally pledged revenue falls short of annual debt service.

Based on actual collections of pledged revenue in the fiscal year through Jan. 31 and stress test for collections through June, Moody’s said annual debt service coverage on the city’s hospitality fee bonds will remain above 1.5 times.

City officials plan to use some of the settlement money to replenish a debt service reserve fund for the Myrtle Beach Convention Center Hotel Corp.’s Series 2015 hotel revenue bonds. The DSRF was already tapped last October to help cover debt service since the coronavirus pandemic decimated the tourism industry the city thrives upon.

The $16.4 million of bonds were issued to refund debt issued in 2001 to finance the convention center hotel, build a parking garage and refurbish facilities in the Myrtle Beach Convention Center. The Series 2015 bonds are secured by the Sheraton Myrtle Beach Convention Center’s operating revenue, which plummeted during the pandemic, and have a moral obligation backstop from the city.

The bonds are rated A-plus with a stable outlook by S&P Global Ratings. The debt isn’t rated by Moody’s, which assigns the city an Aa2 rating with a negative outlook.

“The DSRF has been tapped to help cover debt service since the onset of the coronavirus,” Krist said. “The city has a moral obligation pledge to replenish the DSRF after a tap, a pledge it intends to honor in its upcoming budget cycle.”

The court settlement comes after Myrtle Beach saw sharp declines in several of its revenue sources in 2020, including its own local hospitality fees.

City officials now expect to get about $18 million a year in added fees, which comes out to around 11% of the city’s revenue base. The city’s $22 million one-time payment under the settlement is its share of the hospitality fees, which the county has accumulated since the lawsuit was filed in 2019.

“The impact for Horry County is going to be pretty insignificant. These were revenues that the county previously used to pay for state infrastructure loans and those loans were paid off in 2019,” Mamo said. “So from the county’s perspective the fact that they can continue levying this and receiving money that’s generated in unincorporated parts of the county, it’s a win, because they no longer have that debt service expense they have to pay.”

Horry County officials told Moody’s they expect to use their share of the ongoing revenue, estimated at $13 million annually, for various operating costs and infrastructure projects. Larger capital projects will now likely be jointly handled by the county and its municipalities.

“Myrtle Beach was hit particularly hard in the early stages of the pandemic,” he said. “Their hospitality fee revenue, which is a tax on prepared food and drink, plummeted right after the pandemic hit and there were all sorts of closures and restrictions on gatherings. In May 2020, that revenue fell by 80% year-over-year and through the entire summer that revenue was down on average by about 50%.”

He said that started to recover over the winter, but he noted “this is a summer tourism destination and so most of their revenues are received in that summer period of May through September. So we want to see how they’re going to be able to sustain that recovery over the next four or five months.”

Myrtle Beach isn’t the only entity to be hard hit by the coronavirus pandemic in the Southeast. The tourism and hospitality sectors all across the region have taken financial hits from travel lockdowns and safety protocols which limited attendance.

In January, a payment was missed on municipal bonds issued for a project at Elvis Presley’s Graceland in Memphis that were based on tourist taxes. Loss of revenue from fewer visitors during the coronavirus pandemic was blamed as the reason the bonds were unable to generate enough revenue to debt service.

In Florida the “no sail” orders from the Center for Disease Control continues to sideline the entire cruise industry. According to the Florida Ports Council, the state has lost an estimated 169,000 jobs and nearly $23 billion in economic activity through the end of 2020.

INVESTIGATORS SPEAK ON THE MURDER OF TEENAGER BRITTANEE DREXEL