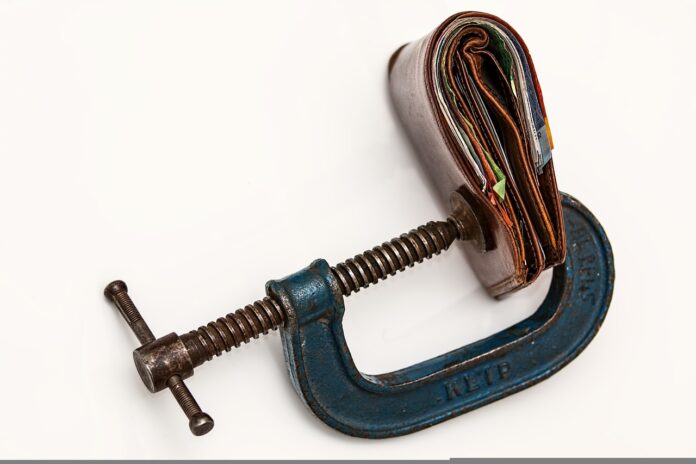 The last time inflation was this high – around 40 years ago — Michael Jackson was dropping “Thriller.” A long time ago, yes?

Now, it is true that July numbers showed an 8.5% hike in year-over-year prices. Still extremely high, but down from 9.1% the month before. It’s all relative. Many people are struggling to some extent — some to meet basic needs.

Because goods and services are pricier, and wages have lagged inflation, people are increasingly sliding out the plastic to pay for essentials, and more. So, is inflation driving the increase in consumer debt? Let us look.

And people are running behind on their payments, which is putting them back in the red. According to GOBankingRates, some 14 million U.S. residents have at least $10,000 in credit card debt.

Then the Fed increased the interest rate this summer by 0.75% — the fourth such increase this year – to a target range of between 2.25 and 2.50%. That put a heftier price tag on credit card debt, although the aim was to tamp down inflation, which had exceeded 9% in June. The idea with such increases is that if loans cost more, demand drops.

But what also happens is that people who have piled up debt due to rising consumer prices wind up doling out even more when credit card issuers follow suit and raise their rates. At the end of July, the average interest rate on a credit card balance was pegged at 17.25%, according to BankRate.

So that’s an extra whammy: Americans are putting more on plastic to deal with high costs, and the debt they’re growing has become more expensive. Thus, many people are grappling with the unfortunate triumvirate of high inflation and interest rates but low wages. In turn, this is causing people to look for ways out of their obligations and to a fresh start, including through debt settlement with Freedom Debt Relief.

Advice for Budgeting and Paying Down Debt

To better handle this inflationary period, some expert suggestions include:

The bottom line is, with inflation driving increases in consumer debt, you should be taking steps to mitigate the financial fallout in your own household, or even to come out on top when things improve. And as we say, if your situation is already dire, you may want to seek debt settlement with Freedom Debt Relief, which has the experience, accreditation, and reputation you need.