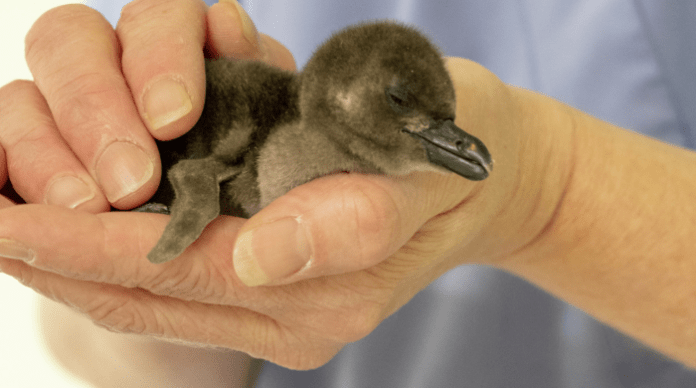 Myrtle Beach, SC – April 12, 2022 – Plyler the African penguin has made her long-awaited debut at Ripley’s Aquarium of Myrtle Beach. Plyler hatched on August 21, 2021, and after welcoming Egerton to the colony in 2020, Plyler pushes the Aquarium toward their goal of “three chicks in three years” as a part of the Association of Zoos and Aquariums’ Species Survival Plan to help save endangered animals.

Mated pair Jimmy and Maggie appear to be leading the charge on the Aquarium’s “three chicks in three years” initiative, as they reared both Egerton and Plyler. But the burden of isn’t just resting on Maggie’s wings, there’s at least six other mated pairs in the Penguin Playhouse colony that could help populate the endangered African penguin species.

You can celebrate International Penguin Day with Plyler on Monday, April 25, 2022. Follow her footprints around the Aquarium to learn more about African penguins and catch a glimpse of her in the Penguin Playhouse, a 5,500 square foot habitat with floor to ceiling viewing glass and a 360-degree crawl tunnel.