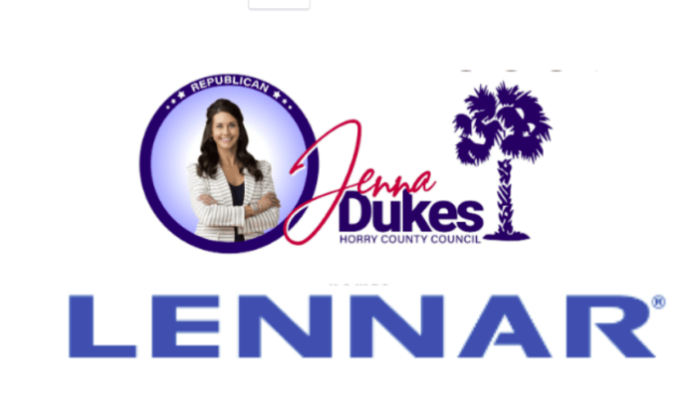 Former candidate for Horry County Council Chair, Katrina Morrison, talked with MyrtleBeachSC News today about the homes currently approved to be built on former wetlands at the Legends Golf Course Community located off Highway 501. The exact development community is adjacent to Sago Plantation.

The condemned land was purchased from Dr. Hal B. Holmes, Jr. of Conway by SCDOT in July 2002.

PURCHASE OF LAND BY SCDOT

The land had been South Carolina Wetlands since Biblical times.

Previously Wetlands Since The Time of Christ

After the sale of the condemned, wet land was purchased by SCDOT as part of the Highway 31 road project, road construction contract paver Benjy Hardee of A.O. Hardee and Sons then purchased parcels of the land from SCDOT for pennies on the dollar.

The land was then ditched and drained by Venture Engineering’s Steve Powell.

The Sun News covered these legal actions recently in this article: “Woman gets restraining order after criticizing developer” which reads “But after she posted the video to YouTube and Facebook, developer Bob Williamsen pressed charges against Dunton for trespassing on his property.” Developer Bob Williamson also made headlines in this WBTW article: https://www.wbtw.com/news/island-green-community-petitions-against-future-development-traffic-concerns-wildlife-threat/

Working for Hardee, the land was then ditched and drained by Venture Engineering, says Morrison.

Curtis Dukes then brokered a deal with Lennar Homes after the land tested dry.