An event at the Market Common Recreation Center held October 12, 2017 by Mayor John Rhodes, Councilman Randal Wallace, and Councilman Mike Lowder hosted a small group of 50 people according to Janie Harriss, who worked the event on behalf of the incumbent team.

Rhodes, Lowder, and Wallace drew an attendance typical of an average weekly campaign organizational volunteer staff meeting that candidates Carey, McBride, and Bethune have showing up.

Noting that all three incumbents could only draw a group of no more than 50 residents either indicates a general disinterest in this upcoming November 7th election or, perhaps, a stronger indication of the possibility that a change election could be just ahead.

Earlier this year the incumbents were able to pack City Hall with upset residents concerned about how poorly the city is being managed.

This coming Sunday, October 15h,  the same venue is expected to be well attended for the FALL CITY-WIDE “OFFICIAL” ELECTION DEBATES.  The event will be put on by the South Strand Republican Party. 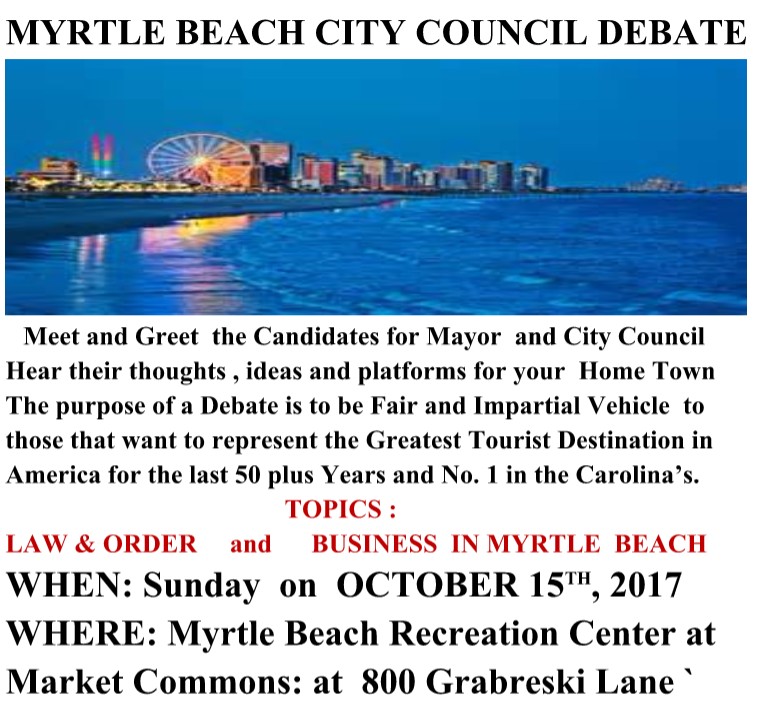