David Huckshttps://myrtlebeachsc.com
David Hucks is a 12th generation descendant of the area we now call Myrtle Beach, S.C. David attended Coastal Carolina University and like most of his family, has never left the area. David is the lead journalist at MyrtleBeachSC.com
Leveraging the latest in 2017 technology,  former Myrtle Beach Mayor Mark McBride announced his intentions to run for mayor this November on Facebook Live last night.  In his fifty one second announcement, McBride stated, “There are three issues in this election: public safety, public safety, and public safety.” CRIME AND THE MYRTLE BEACH BRAND Crime is a central campaign issue this year with ongoing shootings downtown.  On Father’s Day, a tourist recorded a viral video of a downtown shootout that has now been seen by more than 5 million tourists.  After the shootings, City Manager John Pedersen set up barricades all along Myrtle Beach’s Ocean Boulevard.  Those barricades have upset many downtown merchants who believe the barricades hurt their Summer peak sales.  Most every downtown merchant tells MyrtleBeachSC.com that Summer 2017 business is down by as much as 30 percent. As a very young adult, McBride was formerly mayor from 1997 through 2005.  He lost his seat to current Mayor John Rhodes in 2005 in a run off election.  However,  the “fifty something” candidate McBride of 2017 is a much more developed, complete and mature candidate than the upstart, young politician of a generation past.

HIS OPPONENTS McBride is a strong Christian conservative in a town that has long defined itself as a conservative minded city.   With that he does bring an enthusiastic base of support to the polls. However,  most all elected councilmen and the current mayor are either Democrats or RINO Republicans that believe in slush taxes on tourists and the population through initiatives like the one city council passed in 2009.   Most elected officials currently in city council and the mayor passed the TDF into law in 2009.  This tax pays over $25 million in corporate welfare to Brad Dean’s Myrtle Beach Area Chamber of Commerce.   While the ad buying concept was already out of date when passed, the tax does pour millions into the chamber of which millions annually get passed along to local corporate media channels which include: WPDE Sinclair Broadcasting, WMBFnews Raycom, and WBTW Nexstar Media.   Mr. McBride,  who wants to re-allocate $10 million of the tax directly into the Myrtle Beach brand to improve public safety,  can expect tepid support from any local T.V. station and sparse coverage as well. 2. The Downtown Redevelopment Corporation Another liberal group that will work hard to challenge a McBride run is the Downtown Redevelopment Corporation (DRC).  Both leaders David Sebock, President and Board of Directors head Chuck Martino have strong, but private affinities for the LGBT community.  McBride’s christian faith will be a direct affront to this group’s own values. The DRC is the key component of the Myrtle Beach city deep state collecting over $18 million in parking fees since its inception.  The treasurer of the group is the ultra liberal City Manager John Pedersen.  Downtown merchants find the DRC’s tactics heavy-handed.  Many merchants believe measures such as parking meters and the recent barricades are nothing more than city government’s ongoing attempt to bankrupt local businesses and drive these land owners off their own legally owned properties.  The current city council and mayor just voted to give Pedersen the right to use Eminent Domain in achieving this goal. 3. Mayor John Rhodes Incumbent Mayor John Rhodes is a highly unpopular mayor with a 3% county-wide approval rating.  He does have powerful core support among the two liberal hotel magnates that exercise key control over city, county and S.C. state government.  This group works closely in PACs with the Myrtle Beach Area Chamber of Commerce and will spend the millions necessary to run up McBride’s negatives.  These PACs’ favored marketing firms,  however, are now under the watchful eye of state special prosecutor David Pascoe.  High profile statewide politicians,  including former S.C. Speaker Bobby Harrel, Rick Quinn, and Jim Merril have all succumbed to scandal from exposure of the Pascoe statewide probe.   Each of these state lawmakers were close allies of Brad Dean, MBACC C.E.O.

Rhodes has baggage including the high crime that has occurred in the city on his three term watch.  He is also embroiled in a Yiqian Funding Chinese Ponzi scheme in which he used the city’s name to lure Chinese investors into a “purchase deal” of 22 area golf courses.  This deal has now gone completely sideways with the Chinese government raiding and closing a Yiqian Funding office and a 10% partner now suing what locals have called an international confidence man named Dan Liu.  Rhodes attended Liu’s wedding in April 2015 and worked to help him raise funds in China. Liu needed those funds to make some of FGI’s golf course investments.  Residents of Pine Lakes express concerns that a collapse of the golf group might cause real estate values in their community to depreciate. 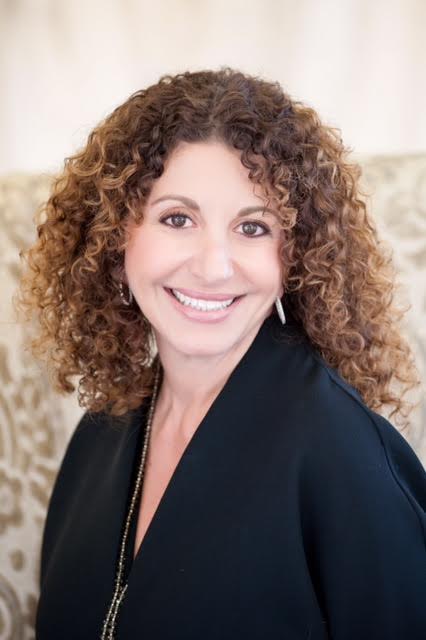 4. Upstart Candidate, Business Owner Brenda Bethune Bethune owns Better Brands, Myrtle Beach’s second largest and one of its most successful businesses operating inside the city limits.   Better Brands previous owner was Brenda’s  father, William “Spud” Spadoni, who worked his way up in the company to becoming the owner after starting out as its first route salesman. When her father’s health began to fail, Brenda purchased the business.   Locals we spoke with describe Brenda as a hard-working, solutions-oriented business leader.   City residents believe Brenda would bring great humility and grace to City Hall.  Brenda has managed large multi-million dollar budgets and has grown Better Brands into the industry leader it is today. Mrs. Bethune will not announce until tomorrow morning at 10 a.m.  She has no past political record to run on and many voters remain unclear where she stands on several issues they care about.  However,  most do believe she will make a formidable opponent for all running. The Issues In truth,  there are actually more issues involved than just public safety. Key issues that can not be ignored during this campaign cycle include:

“Fudd” (McBride) writes: “Sheriff and Police also seized computers from The Brittains (Brittain Resort Hotels) and The Jordan Properties. Just think, the Myrtle Beach Area Chamber of Commerce is waiting on their $18 million in Ad TAX monies. Will that be misused to benefit the Brittain and Jordan Properties?” The Myrtle Beach Area Chamber of Commerce said the comments were untrue and said they would pursue a defamation lawsuit. Through those lawsuits a judge ordered the Sun News to reveal “Fudd’s” registration information. Turns out it was Mark McBride.

WHEN CORNERED AND QUESTIONED AFTER THE LAWSUIT WAS FILED:

McBride was proven to be the owner of the Elmer Fudd “Fake Profile” in question. McBride lied his way through the entire campaign cycle. This cycle has also been filled with the same nonsense. Can voters trust McBride? As to faith, please note, we do not consider ourselves in line with the type of Christianity Mark McBride espouses. Perhaps this will be McBride’s last chapter in leveraging slander as his one tried and true campaign strategy.