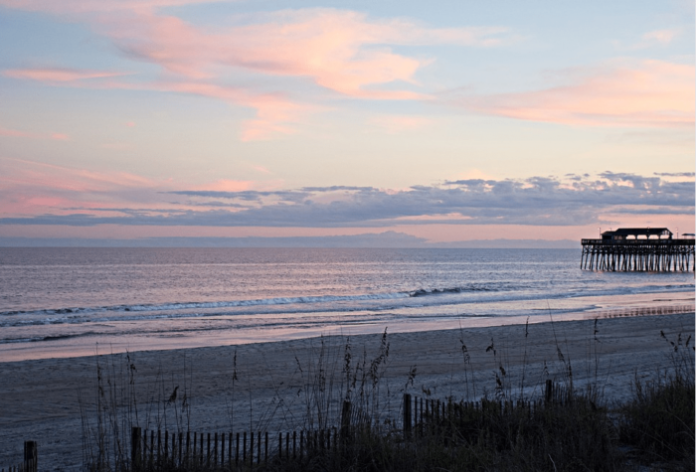 These developments are popular among retired Americans.

The Best Places to Retire in South Carolina

Greenville is a solid all-around choice for retirees, but its art scene absolutely shines, with a major performing arts center, the most music venues per capita on our list, and tons of museums and shops downtown.

Greenville is tied for best walkability score with Myrtle Beach, and it offers great affordability. It has the second-lowest average home value on this list, along with the lowest average cost for a meal for two ($59).

With great affordability, excellent health care, and plenty to do, it’s no wonder Greenville topped our list of best places to retire in South Carolina!

Myrtle Beach is known as a tourist destination town. However, Horry County now boasts a population of over 350,000 residents. The local population now exceeds the number of tourists arriving in the county on any given weekend, excluding Holiday weekends.

Horry County has the highest percentage of residents 60+ years old of any area on this list. One in three Horry County residents are retirees. According to Home Bay, 122,500 retirees currently live in Horry County. That number is expected to double in ten years.

The Grand Strand also has the lowest average summer temp on this list, at a cool 78.2 degrees Fahrenheit.

Property values in Myrtle Beach are cheaper than those in Charleston and Hilton Head. The Grand Strand is among the most affordable beach towns to retire to in America.

Property taxes in the City of Myrtle Beach are offset by a tourist tax that pass a good portion of those real estate taxes onto tourists through a penny sales tax. Public transportation in Horry County is also cheap, but seldom used.

The quality of cookie cutter retirement homes in Horry County are rated lower than every other area on this list. The quality of constructed homes built by nationally known builders including Lennar Homes, Beverly Homes, D.R. Horton, etc rate at only 1.5 stars.