4 systems could lead to S.C. storms or hurricane after Labor Day 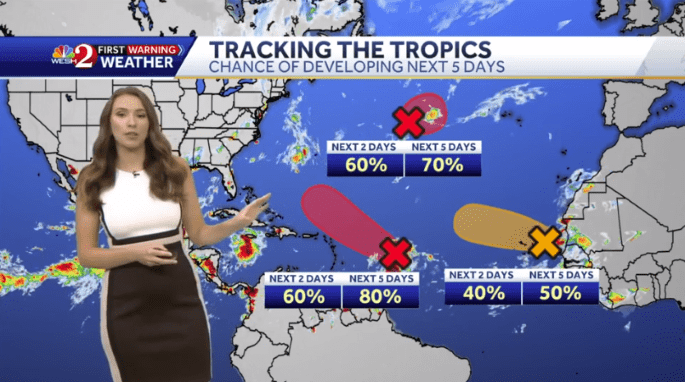 The South Carolina coast could see heavy rains and even, perhaps, a hurricane should one of the four tropical systems off the coast of Africa become more developed. Projections are that those storms would not reach the S.C. coast until after Labor Day weekend.

The National Hurricane Center (NHC) is monitoring four systems in the tropics. This could lead to heavy rains, and even a possible Hurricane for the S.C. Coast, but not before Labor Day Monday.

A tropical wave approaching the Caribbean — Invest 91L — is “likely” to become a tropical depression later this week according to the NHC.

South Carolina has witnessed only one named Hurricane this Summer, which happened over the busy July 4th week. The storm never reached the S.C. Coast, however, and only produced large amounts of rain.

“Confidence continues to grow that a tropical system will develop in the central Atlantic around midweek,” said AccuWeather Meteorologist Brandon Buckingham.

Two of the four systems located off the coast of Africa have a 50% chance of developing into either a tropical depression or hurricane.

It is too soon to know if these develop or what direction off the Eastern American coast they take aim at should they develop.

Travelers should keep a close eye on the tropics for the next 7 days.