Is Myrtle Beach ready for change? 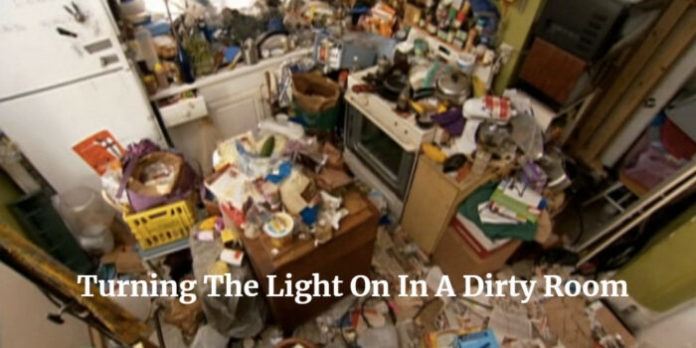 ” Hiring Benchmark Consulting and creating opportunity zones are two admissions by the city, itself, that some changes are needed. The question remains as to whether the city is truly ready for change.“

After experiencing over 20 years of promises from the Myrtle Beach Downtown Redevelopment Corporation, the city did another recent tax funded study. In 2018, the city hired Benchmark Consultants. It was a pricey choice in an ongoing saga of hiring similar consultants over the past two decades.

In 2009, MyrtleBeachSC news began putting a bright spotlight on City of Myrtle Beach government. No one had previously done ongoing investigative work into the day to day operations of city government.

We paid special attention to the city’s relationship with the Myrtle Beach Area Chamber of Commerce, which it funds at over $24 million annually in tax payer monies. Those funds are used for promoting the Myrtle Beach city brand.

We also closely examined it’s fee based relationship with the Downtown Redevelopment Corporation (DRC) which the city pays around $1.8 million annually in parking fee (tax) subsidies to run the organization. We examined the 20 year results produced by the DRC and questioned the merits of funding that organization in news article after news article. We also examined how the organization harassed downtown business owners who later sold their properties to either the city or a DRC board member under duress. Lawsuits are being filed ongoing now because of such.

We continue to highlight the city’s promoted promises and “supposed” results that city government, the chamber, and DRC make headlines in delivering.

If so, is the City of Myrtle Beach ready for change?

City leadership will meet at the Breakers Resort this coming Friday to discuss opportunity zones. This is Mayor Brenda Bethune’s latest tax funded (credit) idea to accelerate what city leaders call positive change. Hiring Benchmark Consulting and creating opportunity zones are two admissions by the city, itself, that some changes are needed. The question remains as to whether the city is truly ready for change.

Noted author Rick Thomas writes and speaks about the 8 signs apparent in a person’s life who is ready for real and positive change.

Here are the eight signs.

The repentant person will be a humble person. If they are not humble, they will not think they need to change (Luke 5:32). Actually, it is impossible to change without this characteristic (James 4:6). There’s no such thing as a proud (self-righteous) repentant person. The two cannot cohabitate in the same heart at the same time (Matthew 6:24).

A humble person will focus on themselves in regards to their issues and own what they are responsible for. They will be keenly aware of the enormous log protruding from their own eye, not the speck in their downtown merchant’s. (Matthew 7:3).

There will be no finger pointing or talk about the other person’s [downtown merchants, Horry County Government, Local bloggers who only speak negative about the city] issues. . There won’t be any excusing or justifying. They won’t water down what they are doing poorly [beach bacteria issues] and try to minimize their actions. In fact, they will specifically label and call their issues what they are, e.g., mismanagement, greed, heavy handed collusion, fostering high crime, misplaced priorities. (1 John 1:7-10).

Their confession means they are in complete agreement with God about their own issues. (Psalm 32:5). They will take full responsibility for what they have done and make no qualms about it.

They will be more concerned for the person they sinned against than the unpleasant consequences they are reaping as a result of their actions. The city will be grieved they hurt their residents/business owners/tourists and offended their Savior. They understand their sin is ultimately against a holy God (Genesis 39:9; 2 Samuel 12:13).

Question: How other centered are City of Myrtle Beach elected and staff leaders?

The repentant person will show remorse and have a contrite spirit (Jeremiah 31:19, Psalm 51:17). They won’t just be sorry for what they’ve done; they will commit themselves to doing what is right (2 Corinthians 7:10-11).

Question: How contrite are City of Myrtle Beach elected and staff leaders?

They will be actively putting off (stop) the old heavy handed, misplaced priority, collusionist behavior, and putting on (start) the new right behavior (Ephesians 4:22). They will not only say they desire to do what is right but will take action to carry it out (Matthew 3:8).

They will look for ways to practically serve and love their city and then like the Nike slogan says, they will “just do it.” You should be able to positively identify specific fruit being manifested in their lives. Things like joy, peace, patience, and all that other good stuff (Galatians 5:22-23).

Question: How actively obedient to our local residents and merchants are City of Myrtle Beach leaders?

The person that was sinned against has been hurt. A trust has been broken. The repentant person will factor that into their thinking. They will not place demands on the offended person to instantly reconcile. They may even feel like they don’t deserve to be forgiven and restored to their community after what they have done.

They will display patient endurance as their merchants/residents/tourists work through the layers of their heart and hurt. The changing person will persevere and do what is right, regardless of what their constituents do in response (Galatians 6:9). Their aim is to glorify God, even if they don’t get what they want (1 Peter 3:13-14).

Question: How actively patient and perseverant are City of Myrtle Beach leaders?

There will be an openness and honesty about the details of their meetings [Example: I-73 meetings with Horry County leaders]. Things like their whereabouts [closed door meetings with DRC, MBACC, key business owners – Brittain family], what they’re planning, how they’re spending their time, our money, and such will be disclosed. Instead of covering up, being vague, and hiding their secrets, they will be forthcoming with information to the questions you ask them (Proverbs 28:13, James 5:16).

Question: How transparent are City of Myrtle Beach leaders?

When a city is caught in a spiral of continuing failure, it will need Spiritual help walking through the process of repentance (see the The Doctrine of Repentance), they will want to have trusted Christian [Spiritual] friends help them in the process.

They will see their need for guidance and input for their decisions from the resident community. The repentant person seeks advice and accountability and then, here’s the kicker, they submit themselves to it. They readily do this because they know their heart’s propensity to self-deceive (Proverbs 12:15).

At MyrtleBeachSC news, our job is to turn lights on in dark rooms. The light is now brightly lit for the most part.

Is the City of Myrtle Beach ready for change?