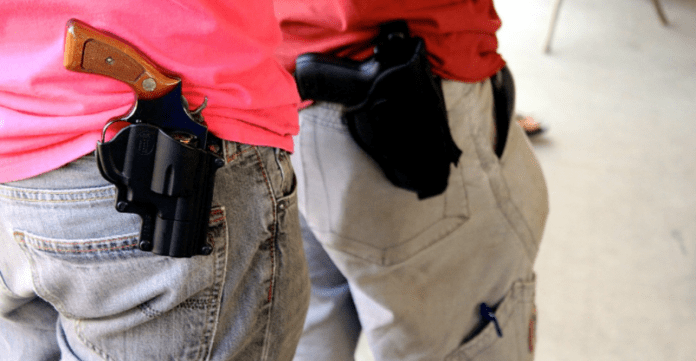 The state’s House of Representatives passed the “Open Carry With Training” bill by an 83-34 vote on Wednesday, following the state Senate’s approval of the bill a week earlier.

Said North Myrtle Beach State Representative William Bailey, “I just voted for and the House has sent the Open Carry (3094 which includes Training and sanctuary protection for gun owners) to the Governor to be signed.  Now let’s hope the  Constitutional Carry (3096 that is still alive in the Senate) we passed in the House moves through the Senate and is sent to the governor soon!!! It is a great day for the 2nd amendment.–“

An amendment placed by Representative Jonathan Hill to strengthen the bill into Constitutional Carry was rejected by the S.C. House.

“Don’t snatch defeat from the jaws of victory. Don’t gamble with something that you know will lose … and then make a Facebook post,” Caskey added, a comment to Hill, known for posting videos to Facebook, speaking out against his Republican colleagues.

In order to openly carry their guns, the proposed law would require people to first pass the same training and background checks the state currently enforces for concealed weapons permit holders.

The measure now goes to the desk of Governor Henry McMaster. The Governor says he will sign the bill into law.