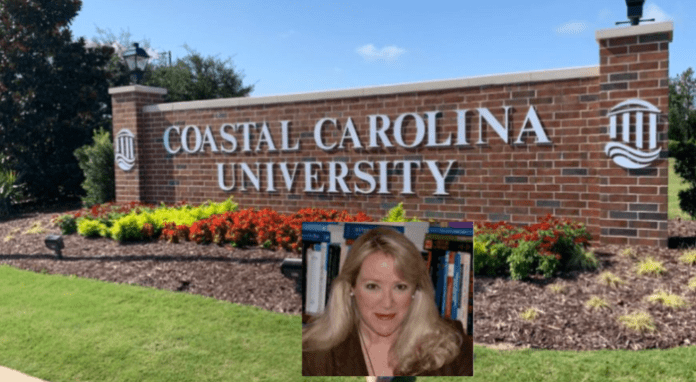 According to police reports, 57 year old CCU Professor Florence Glaze of Conway was arrested after being involved in a car crash on Tuesday and found with an open container of boxed wine and at least 10 bottles of various champagne in her car.

She was charged with a DUI and disobeying a police officer.

According to booking records, just days before this arrest, Glaze was also charged with third degree domestic violence.

A witness told officers that they saw Glaze hit a curb and when she reached the traffic light at 16th and Elm Streets Glaze stayed at the light when it turned green, the witness said Glaze eventually went straight through the intersection and hit a mailbox.

She was released from the J. Reuben Long Detention Center on Wednesday on a $1,872 bond.