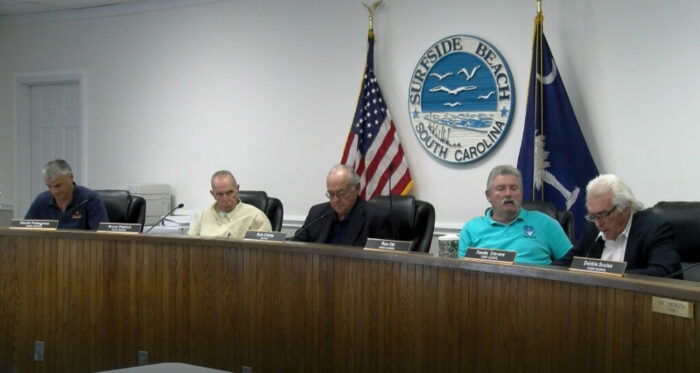 Howard’s restaurant group has leased the pier restaurant, called the Surf Diner, since 2012. Hurricane Matthew ripped off the tail end portion of the pier in 2016.

A new, concrete pier is being built which requires new lease negotiations. As we reported previously, those negotiations have been stalled. The town and Howard have not come to terms on renegotiating the lease. See previous article here.

Councilman Randle Stevens told MyrtleBeachSC news that council investigated the lease Wicked Tuna currently has with the 2nd Avenue Pier in Myrtle Beach as they considered new rates for Howard.

Those rates are not terms that Surfside Beach is willing to accept.

The two sides will now need to come to the table and re-negotiate new terms.

Stevens told our news team, Howard may likely wait to see how the Surfside Beach elections turn out November 5th, before he moves forward.

Indications are that current Mayor Bob Childs would like to see the lease completed before he leaves office. Howard, however, may choose to wait the term out, if a candidate that he likes wins the Surfside Beach Mayor’s race this November 5th. Sources close to Howard stated Howard believes he could find a way to get the deal he wants with a Julie Samples lead administration.

Another issue in the deal is the current lawsuit between Surfside Beach, Myrtle Beach, and North Myrtle Beach with Horry County. Horry County would like to see the entire $41 million Hospitality Tax continue to be collected by the county.

Surfside Beach, North Myrtle Beach and Myrtle Beach raided those funds this past Spring stating the tax was extended in 2017 illegally.

That matter is now in court. A judge’s decision on the tax is expected to be decided in 2020.