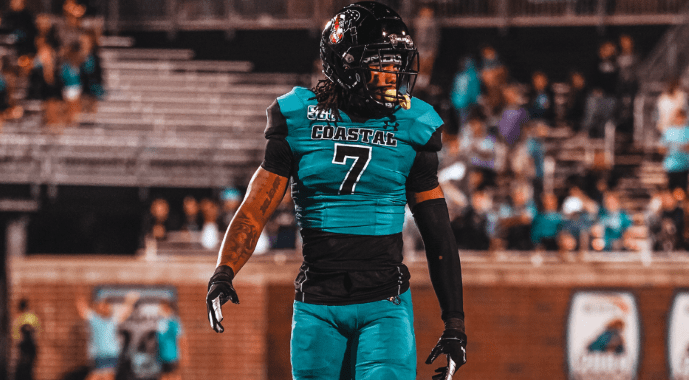 After a tragic on campus shooting, Virginia will not play Coastal Carolina this coming Saturday, November 19th.

A 22-year-old student and former football player at the University of Virginia was charged with murdering three members of the Virginia football team and wounding two others. These team members were shot as they returned from a class field trip on Sunday night.

The three killed in the shooting — Devin Chandler, Lavel Davis Jr. and D’Sean Perry — were juniors, remembered by classmates, coaches and teachers as affable students, dedicated activists and, as the university’s first-year coach, Tony Elliott, said in a statement, “incredible young men with huge aspirations and extremely bright futures.”

The school announced today that it is cancelling its game against the Chanticleers this Saturday.

The shooter was a walk-on member of the football team in 2018. No alleged motive has been publicly released yet.

“Our entire [Coastal Carolina] university family mourns with the [University of Virginia] family,” Benson said in a tweet. “The #CCU community stands with the #Charlottesville community in solidarity. Today, we are all #Cavaliers.”

“It’s important that we place our scheduled game at UVA this Saturday in the proper context and focus our efforts on supporting and grieving with our colleagues and friends in Charlottesville,” Benson said in a tweeted statement.