Was Paying $5 Million Ransom Good For Horry County Or America? 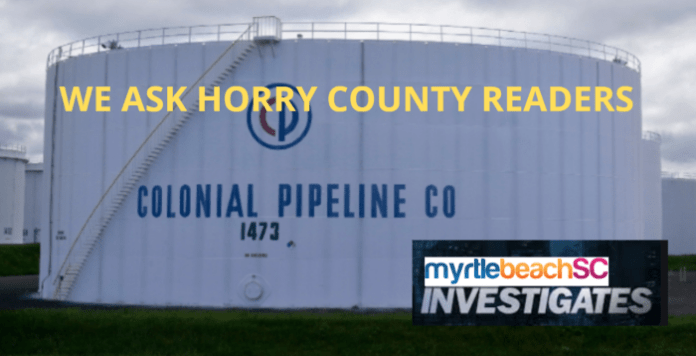 The Colonial Pipeline Co. reportedly paid a $5 million ransom to cyberattackers, allowing the vital fuel-shipping system to restart after the hackers had seized control and triggered panic-buying of gasoline throughout the Southeastern U.S.

Gas Stations are expected to have shipments of fuel by mid-week, next week at the latest.

We ask our readers, was paying this ransom a wise move?

Does it simply encourage similar actions?

Was it better for our area to simply pay the Russian hostage takers?

Bloomberg News first reported Thursday that Colonial had paid the money, citing two people familiar with the exchange. CNBC also reported that the company paid the hackers, though it did not say how much.

Earlier this week, the FBI identified a criminal group known as DarkSide as being responsible for the cyberattack.

“Once they received the payment, the hackers provided the operator with a decrypting tool to restore its disabled computer network,” Bloomberg reported. “The tool was so slow that the company continued using its own backups to help restore the system, one of the people familiar with the company’s efforts said.”

7 Sneaker-Shopping Tips To Keep In Mind