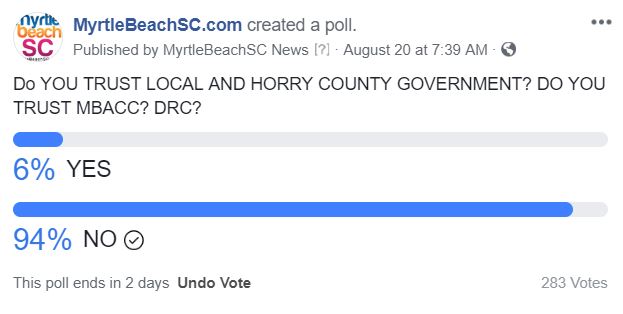 Ninety four percent of MyrtleBeachSC news readers who responded to our recent poll say they do NOT trust local government.  The poll collectively also asked residents if they trusted the Myrtle Beach Area Chamber of Commerce and the Downtown Redevelopment Corporation as well.

MyrtleBeachSC news is currently running a new poll on the Downtown Redevelopment Corporation.  We will be running a poll on the Myrtle Beach Area Chamber of Commerce in September.

This is not a scientific poll.  The poll is simply a measure of the mindset of those responding. 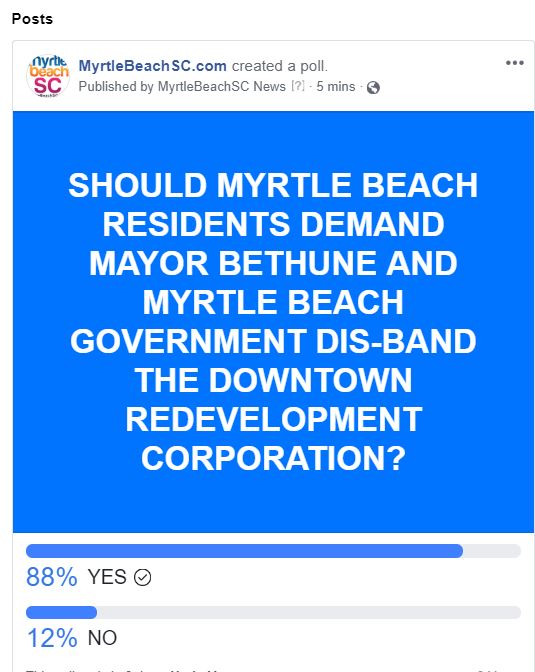 *OUR FIRST POLL CONCERNING TRUST IN GOVERNMENT reached 3,136 people.  283 people voted.  This is NOT a scientific poll. This poll is a measurement of the mindset of those who responded.