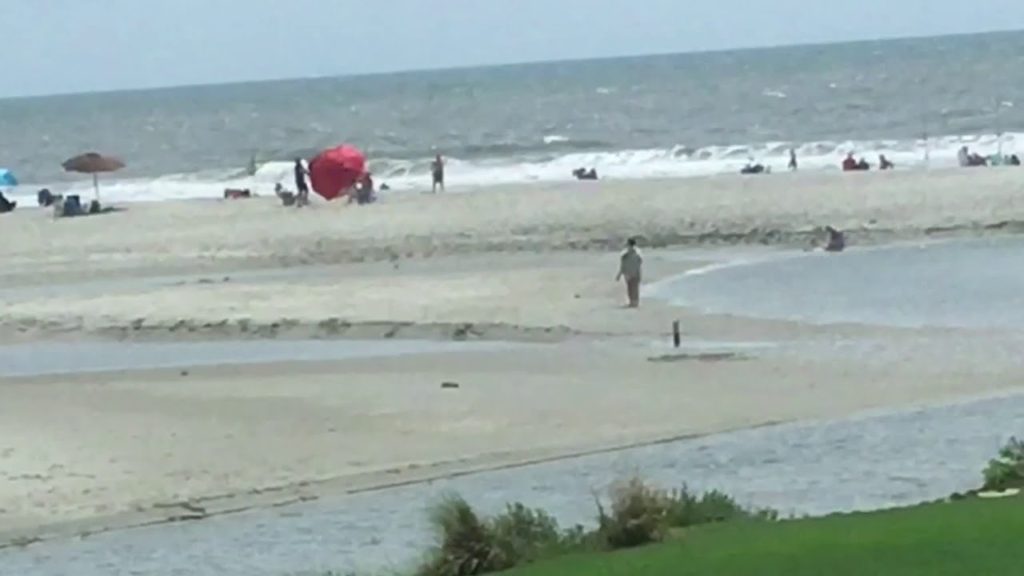 MyrtleBeachSC.com, by chance, filmed teens wading in the exclusive Dunes Area of Myrtle Beach. The waters were ninety two times unsafe for swimming.  The swash was not closed and is not legally required to be closed because of long term swimming advisory signs posted in the area.  While the Department of Health And Environmental Control states that wading in these waters is permitted,  neither the teens nor our film crew were aware of the high bacteria numbers in the swash and surrounding ocean, as those numbers had not been made public at the time of our filming.

MyrtleBeachSC.com also witnessed beachgoers swimming in the infected waters just in front of the drainage swash, however, we did not get that footage on camera. The Department of Health and Environmental Control advises swimmers not to swim within 200 feet of either side of an infected swash. 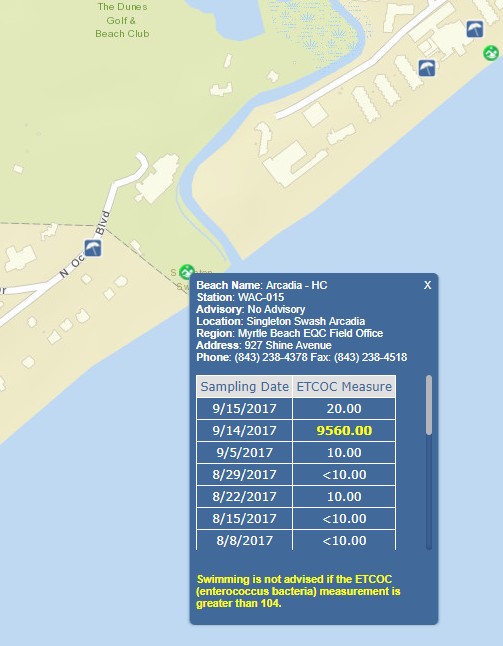 The signs are routinely turned backwards facing the ocean and can not be seen by children going on to the beach.  It is only by turning their backs to the ocean, and facing land,  that swimmers are able to see the signs.

While the numbers were lower in the northern Golden Mile section of Myrtle Beach on 68th Avenue North,  they were still much too high for safe swimming.  The Golden Mile area beaches were also not closed for the same reasons. As our readers can see, on the picture below,  the Golden Mile beaches were infected and contaminated much of late August. The beaches were never closed once.  All numbers in yellow are dangerous. 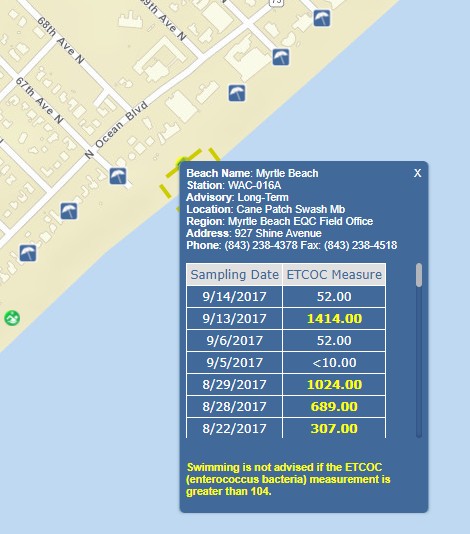 The Department of Health reports that the most common recreational water illnesses from swimming in ocean areas with high bacteria readings are gastrointestinal and may cause vomiting, diarrhea, nausea, abdominal pain or fever. These illnesses result from swallowing water contaminated by disease-causing organisms. Contact with contaminated water can also cause upper respiratory (ear, nose and throat), and wound infections. Young children, the elderly, and those with a weakened immune system are particularly vulnerable to recreational water illnesses.

Incumbents running for Myrtle Beach city elections this November 7th have largely been unwilling to publicly answer questions as to any plans to deal with current Myrtle Beach storm water run off issues which cause the bacteria spikes to occur after rains.

Challengers running against incumbents this Fall have said that the bacteria spikes in Myrtle Beach hurt the city’s brand image.  Rather than attempting to create misleading messages, those candidates believe the water runoff issues need to be fixed. 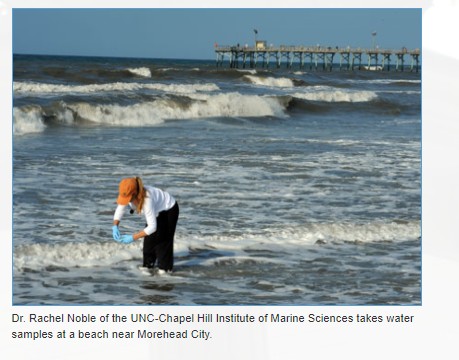 MyrtleBeachSC.com reached out to Dr. Rachel Noble, one of the world’s leading beach bacteria experts.  Myrtle Beach generally tests our beach waters on Tuesdays and Thursdays.  “Why aren’t they testing the waters on Saturdays,  when you have peak swimmers?” asked Dr. Noble.  “How often do they close the beaches?” Dr. Noble asked our team.

When we informed her Myrtle Beach was legally allowed to keep the beaches open because of this long term advisory sign law,  she seemed surprised.

“Some California beach towns close their beaches several times a month,” Dr. Noble stated, “it has helped, rather than hurt, their reputation to do so.”