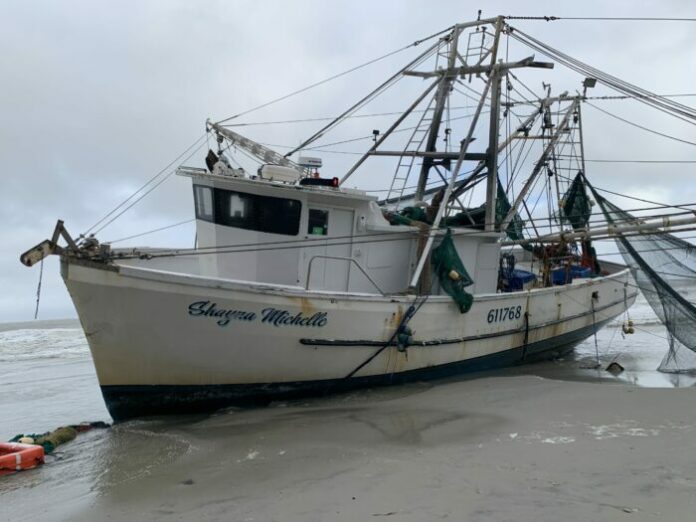 The Shayna Michelle beached in the City of Myrtle Beach yesterday.

The fishing boat is currently owned by Holden Beach Seafood out of Holden Beach, N.C. The boat, which is used to catch shrimp, experienced engine issues, and the boat’s crew became stranded Thursday about two miles off the coast of Myrtle Beach. Coast Guard members used a helicopter to rescue the crew, but the boat was left behind. All crew members were safely rescued.

The boat has a famous history, however, previously known as the “Winds of Fortune”.

The boat was featured in Darius Rucker’s “Come Back Song”

Jodylynne Jordan provides information about Wayne, who died 2 years ago.

2 years ago: The Lowcountry has lost a legend in Captain Wayne Magwood. He passed away today as the result of an accident.

Magwood started trawling at the age of 12 and spent 50-plus years in the shrimping industry. He retired in July and sold the Winds of Fortune, (Now the Shayna Michelle) his shrimp boat since 1987.

The Magwood family’s ties to the water date back more than five generations. Magwood’s father Clarence built Magwood Dock and founded Magwood Seafood and Sons in 1972.

Captain Magwood’s popular shrimp boat, the Winds of Fortune (Shayna Michelle), made appearances on The History Channel, Dirty Jobs, The Amazing Race and was even featured in a music video for country singer Darius Rucker’s “Come Back Song.” She is now the Shayna Michelle working for Holden Beach Seafood.

Captain Wayne Magwood was a friend to many, a fixture on Shem Creek, Mt. Pleasant, S.C. and will certainly be missed.