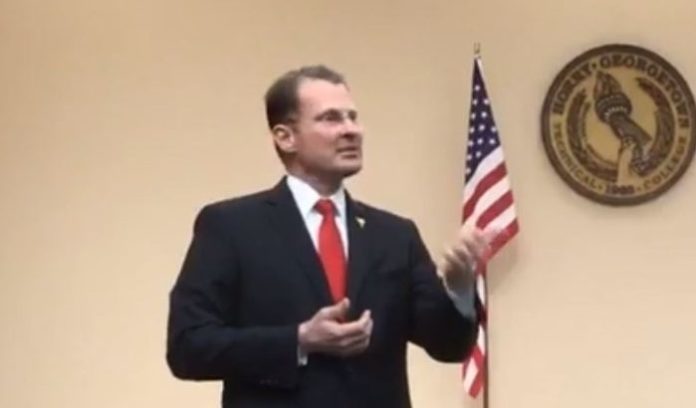 Lt. Governor Kevin Bryant campaigned last night at Horry Georgetown Tech.  Bryant wants to be South Carolina’s next governor.  Last night, Bryant spoke to local Horry County voters. Afterwards, he fielded questions.  His answers, seen in the video above, are an indication of what we can expect from his leadership.  Bryant is ethical.  He is also clearly one of the smartest candidates in the race.

Bryant was also asked about state ethics and government accountability.  Residents shared Bryant’s concerns on how the state has given too much power to the S.C. Legislature.   Questions were asked as to how residents could work to re-assign some of those powers to the Governor’s office.

Bryant made a commitment to work with residents to do just that.

While South Carolina residents continue to be some of the most highly taxed citizens in the fifty states, S.C. legislators continue to hide among each other, with no accountability for providing the state accountable leadership.  Horry County residents now believe it is time we took some of those powers from the S.C. General Assembly and re-assigned those powers to the Governor’s office in order to create greater state-wide accountability.