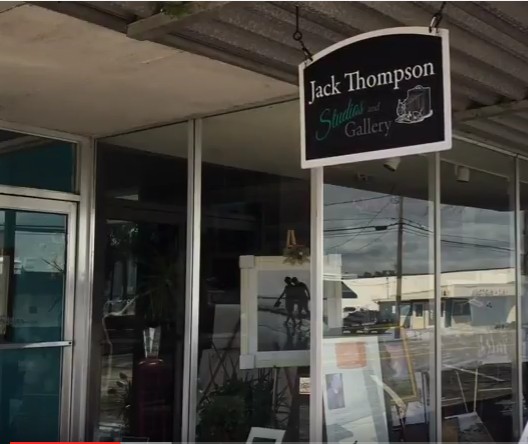 Just weeks ago, at the unveiling of the new Superblock Library, Mayor John Rhodes announced that the properties being torn down were all being sold by willing sellers to make room for the city’s new plan.  Today, Mayor Rhodes and City Council heard from some of those so-called “willing sellers”.  Those attending the council meeting were made aware that the sellers were not willing after all.  In fact,  none of those in attendance wanted the businesses destroyed at the historic Myrtle Beach location. 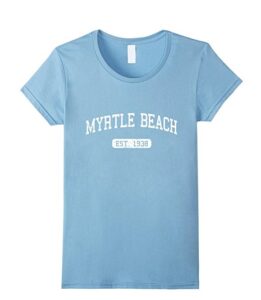 Said Tom Davis Sr.,  owner of the property occupied by Jack Thompson Photography, “I just came to say that I am just not used to the way that the city of Myrtle Beach is currently doing business.  When I first heard about this property offer,  it was from a stranger. ”  Mr. Davis said the straw buyer could not tell him who the real buyer was.  “It was later when I found out it was the city [making the purchase offer] ..but you know I never received any paper from the city, any telephone calls, and I know some of you are my friends.  I was kind of shocked.  I felt bad because of the kind of relationship we had.  You would think I just moved to town last week,” Davis, who has been a bedrock of Myrtle Beach business since the 1960’s  added.  Mr. Davis’ comments were followed by thunderous applause from those in attendance.

Tom Davis Jr., owner of the popular Collectors Cafe said, “A great thing to have is when people respect each other.”  “I think if we were to see a plan [from the city]  that was better than the plan I have, we would be willing to work with that… I was a little disappointed to see how this was handled.”

Pam Davis Guthrie, the daughter of Tom Davis Sr. informed the Mayor and city council that if anything happened to the health of her father in this process,  it would be very unfortunate for all involved.

Others in the community spoke to the city council concerning the unending vacant lots stretched across miles of Myrtle Beach.  They said it was curious as to why the city was buying such high -value commercial property for a library at the busy downtown location.

In the video above,  at the library’s announcement, Mayor Rhodes said the city considered turning the library over to the county,  but instead decided to build a new one.  The Mayor called it a city-owned library.  In truth, a city government can not legally own a library in the state of S.C. according to the law as stated in Home Rule 75.  In the state of S.C., libraries are the jurisdictions of counties.   Chapin Library is actually owned by a private library foundation and, as such, can exist.   The city claims to now own the private foundation,  The Chapin Foundation.  Board members of the Chapin Foundation are largely comprised of the Meher Baba retreat found just at the exit of Highway 22 into Briarcliffe Acres heading into North Myrtle Beach.  The Meher Baba’s wikipedia page states: Meher Baba (born Merwan Sheriar Irani; 25 February 1894 – 31 January 1969) was an Indian spiritual master who said he was the Avatar,  God in human form. The partnership between the city and the Meher Baba  has never been explained by Councilman Gray, City Manager John Pedersen nor Mayor Rhodes.   County Library Board members tell MyrtleBeachSC.com  ownership of the library placed under the foundation is the only way the private library can be rebuilt and continue to operate.   As the library will cost $1o million,  one key question asked is why would local residents want to pay a $10 million price tag for a library owned by a private foundation?  Locals are also asking for greater transparency in whose name exactly the library’s charter will exist.

Downtown merchants continue to tell us that nothing has been done transparently or above board to date. 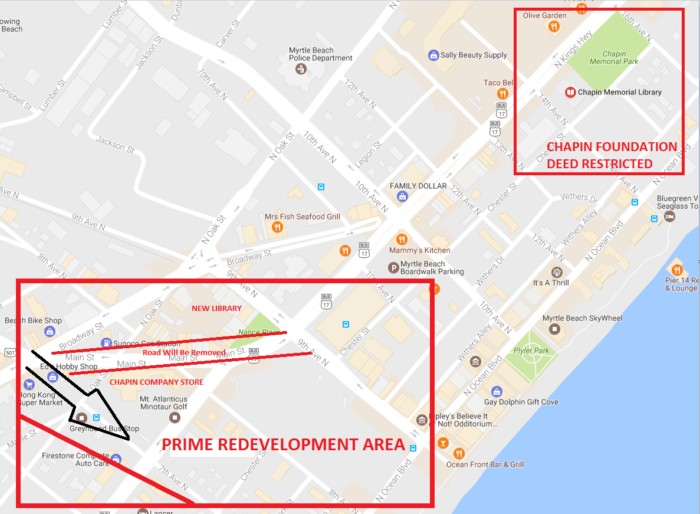