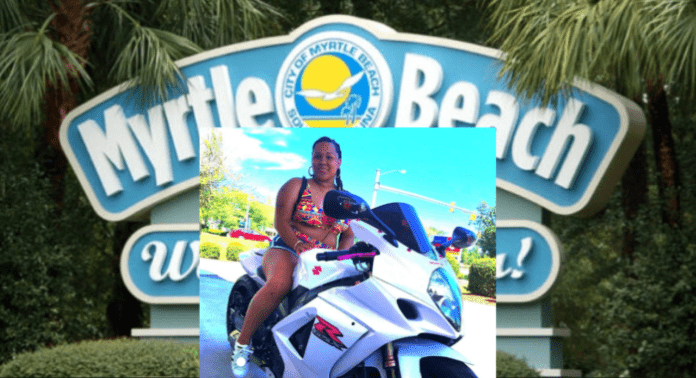 Along the East Coast of America, no one is doing a better job at attracting black and minority tourists to its city than the Myrtle Beach Area Chamber of Commerce. As a result of their marketing efforts, the City of Myrtle Beach is the number one preferred tourist city in America for black vacationers.

In fairness to other comparison towns, however, the Myrtle Beach Area Chamber of Commerce [MBACC] has $54 million in tax grants annually to attract these minority tourists. All other Destination Marketing Organizations’ budgets pale in comparison to MBACC.

As America continues to transition into a minority majority nation, the City of Myrtle Beach is way ahead of the curve.

This week, while publishing several articles about record tourism numbers during black bike week in the City of Myrtle Beach, WPDE reported on the slow tourism numbers in historically black Atlantic Beach during this same holiday weekend.

WPDE TV published this on May 28th: “Up in Atlantic Beach, though, the scene was much quieter. Instead of the roar of motorcycle engines and music from street vendors, only a few bikes could be seen along the town’s main street.

They were outnumbered by cars parked at the town’s beachfront.”

In fact, over the past ten years, our own internal numbers show black vacationers single handedly make up 55% of Myrtle Beach’s peak Summer tourist traffic. This is by far more than any other beach destination city on the East Coast of America.

Why is the brand is so popular among black tourists? MBACC has yet to publicly report those findings. In fact, no one has reported as to why as of this publish date. It might be as simple as the millions spent by MBACC.

Charlotte, N.C is the City of Myrtle Beach’s number one feeder city. Charlotte is a 51% minority-majority city.

While the population of Charlotte is only 35.2% black, most of these tourists prefer the City of Myrtle Beach over the coastal city’s just to the north and just to the south neighbors. Many leaders say those numbers alone explain why Myrtle Beach excels in minority tourism.

However, our research also shows Baltimore MD, Fayetteville NC, East Orange NJ, Detroit MI, Hustle Virginia, Chester PA, and Gary IN are also included as strong feeder cities for the City of Myrtle Beach. Each of these towns are made up of 75+ percent black populations.

Comparing other beach cities along the East Coast

Coney Island can not be defined as a “Destination” beach as the majority of its visitors come from inside the New York City limits.

Soul Of America reports: Atlantic City is a historic beach resort town whose family attraction identity has re-shaped into a general attraction brand that includes casino resorts and upscale shops on the boardwalk. Few would guess that a historic black beach is near Atlantic City at the Steel Pier.

In 1978, with its image as a seaside resort slipping, Atlantic City reinvented itself by legalizing casinos along the Boardwalk. This change brought in a huge demographic of older, “bussed in” white retiree gamblers.

Because so many more locals in the greater Hampton Roads MSA visit Virginia Beach than traveling tourists, the tourism numbers mirror those of locals.

The Virginia Beach Metropolitan Statistical Area (MSA), also known as Hampton Roads, is the 37th largest metropolitan area in the United States. It encompasses six counties and nine cities in Virginia and one county in North Carolina with a combined population of 1.8​ million people and a workforce of about 815,000 (Source: Virginia Employment Commission, December 2020).

For reasons unknown, these towns with a higher percentage of vacation beach rental homes and property managers attract a greater percentage of seven night, “week long” white tourist vacationers. Perhaps it is the seven night minimum stay requirement placed on these rentals during peak season that cause the discrepancy.

These towns are all destination towns, meaning that “out of the area” tourists visit these beaches more than locals do during the peak summer seasons.

As the New York Times reported as far back as 1994, the white population of the South Carolina (Lowcountry) coast increased by 72 percent from 1980 to 1990. The black population grew by 1 percent.

After Covid and Cuomo in 2020, the migration of upscale whites relocating to these lowcountry beaches skyrocketed.

The combination of a large population of Northern white retirees, mixed with upscale white golfing tourist enthusiasts and white tourist beach lovers, create a huge disparity between white and black beach traffic in these coastal towns.