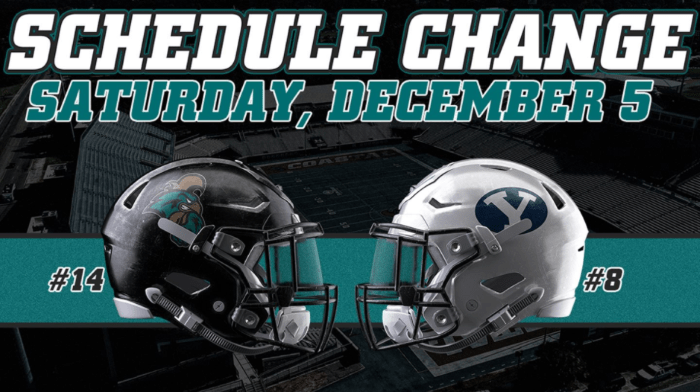 The nationally-ranked Coastal Carolina Chanticleers (9-0, 7-0 Sun Belt) were scheduled to play the Liberty Flames this Saturday. Covid protocol at Liberty forced the college to cancel.

It’s a battle of undefeated teams that are both ranked among the top 20 of the latest College Football Playoff rankings.

ESPN College GameDay, the premier college football pregame show, will go live from Coastal Carolina University and Brooks Stadium prior to the top-25 contest for the first time in the school’s history. Could CCU graduate and Master’s champion Dustin Johnson be ESPN’s Guest Host Picker?