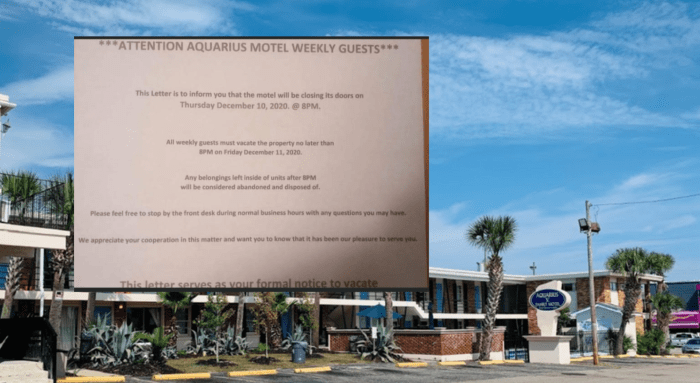 Sources close to MyrtleBeachSC News dropped by the office of the Aquarius Motel and found the following note on the front door.

MyrtleBeachSC News has received no official word from the motel as of this publication.

This is in the heart of the district of which plans by One Grand Strand were launched this week.

Extensive redevelopment of the area is now just beginning.